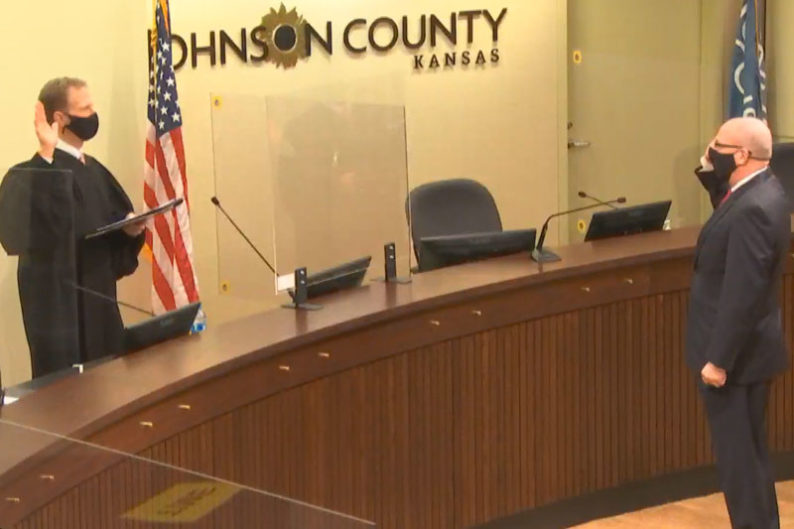 Three new county commissioners — Jeff Meyers in the Second District, Charlotte O’Hara in the Third District and Shirley Allenbrand in the Sixth District —were sworn-in along with Sheriff Cal Hayden and District Attorney Steve Howe, who were both reelected.

A video recording of the inauguration can be found online here.

The U.S. Small Business Administration reopened the Paycheck Protection Program on Monday. The purpose of the program is to assist businesses in keeping their workers on the payroll.

PPP loan proceeds may be used to help fund payroll costs such as benefits, mortgage interest, rent, utilities and worker protection costs related to COVID-19. The loans may be fully forgiven if certain conditions are met. Entities with 500 or fewer employees—including non-profits, self-employed individuals, sole proprietorships, and independent contractors—are eligible to apply. You can find more details here.

The Kansas Department of Transportation announced last week that it plans to do some bridge work at the interchange of K-10 and K-7 highways. The plan is to pour concrete into the hub rails and will involve ramp closures from 9 a.m. to 3 p.m. Tuesday, Jan. 12. The two ramps closing for the day are eastbound K-10 to northbound K-7 and southbound K-7 to eastbound K-10.

Correction: An earlier version of this story’s headline incorrectly stated that the five county officials sworn in Monday were new. Three newly elected county commissioners were sworn in, while Sheriff Calvin Hayden and DA Steve Howe were sworn-in again after being reelected.