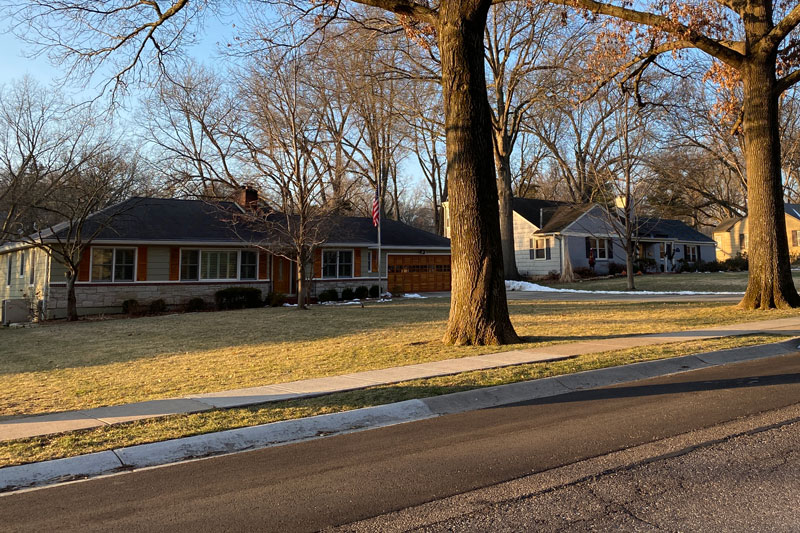 Prairie Village is considering increasing its exterior grant program threshold to homes with appraised values up to $275,000. The council will consider the item for final approval on Jan. 19.

More Prairie Village residents may have access to the city’s exterior home grant program that allows home owners to apply for assistance with improvements such as new paint or a new roof.

The city of Prairie Village gave a preliminary nod to raising the exterior grant program threshold from $250,000 to $275,000 to account for appraised valuation increases.

The council committee of the whole approved the increase 11-1 with Councilmember Dan Runion in opposition.

The item will now go for a final vote during the city council’s Jan. 19 meeting.

Councilmember Jori Nelson proposed a motion to expand the exterior grant program to include interiors, as well.  Nelson said this suggestion would help the city save its affordable housing stock before its dilapidated — and prime real estate for tear down and rebuild developers.

Some like Councilmember Chad Herring supported the idea, though he said an increased fund may be necessary.

“If we were to expand the program to home projects and didn’t increase available funds, it might dilute some benefits seen in exterior applications,” Herring said.

Nelson’s motion to expand the program ultimately failed in a split vote in which Mayor Eric Mikkelson had to break.

The 2020 program had a $68,000 budget, though less than $50,000 was awarded due to a number of applicants who withdrew from the program due to COVID-19, said Deputy City Administrator Jamie Robichaud.

“We had an unprecedented number of people that withdrew from the program this year due to the pandemic,” Robichaud said. “There were 14 other applications that did not get funded because people didn’t finish their projects or move forward with them, or had a hard time getting their contractor to come and do it.”

Councilmember Bonnie Limbird said one option would be to focus on the environmental sustainability grant program, which could serve as a compromise since it would include HVAC system improvements and other interior energy saving items. Shortly after Herring made a motion to allocate the remaining funds to such a program, Councilmember Tucker Poling said he would be in support of the allocation and environmental sustainability program.

The committee directed staff to allocate the remaining 2020 funds (about $20,000) to an environmental sustainability grant program in a 9 to 3 vote. Councilmembers Runion, Sheila Myers and Terrence Gallagher in opposition.