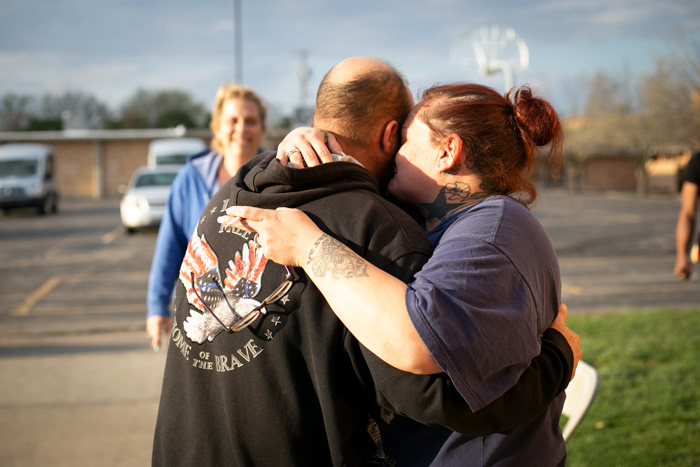 Project 1020 recently opened for the season on Dec. 1, and will be open daily from 7 p.m. to 7 a.m. Above, a file photo of homeless shelter guests embracing after hearing Lenexa had granted an extension for Project 1020 to operate through Johnson County's stay-at-home order.

As winter bears down on Shawnee Mission, Lenexa has proposed regulations for homeless shelters within city limits. The need for such regulations came to light after Project 1020, a cold-weather shelter, requested approvals to operate out of a church last winter.

At the time, Lenexa did not have homeless shelter regulations within its city code. After the city denied the request and the church sued the city in federal court, the city agreed to allow the shelter to operate temporarily while staff develops new code.

Lenexa is now working through a months-long process to refine the city code, first introduced to councilors on Jan. 5. Under the proposed regulations, shelters could operate in the city as long as they met certain conditions.

‘Stepping up to the plate’

Barb McEver, founder of Project 1020, said she saw no major concerns with the proposed code and said she’s thankful to the city for allowing the shelter to operate. Multiple city leaders, including Mayor Mike Boehm and Police Chief Dawn Layman, offered positive comments to McEver after the meeting.

“I am so encouraged by this,” McEver said, “because I feel like Lenexa, they’re stepping up to the plate, and they are willing to listen to and help be part of a solution to a problem that the entire county has. I’m so hopeful.”

Here are some takeaways of the proposed regulations:

Project 1020 is operating this winter out of Shawnee Mission Unitarian Universalist Church in Old Town. It has 30 beds (here are some accounts of what the shelter was like last winter — although things are different down due to the pandemic). 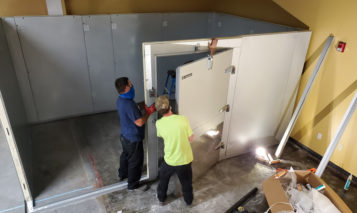