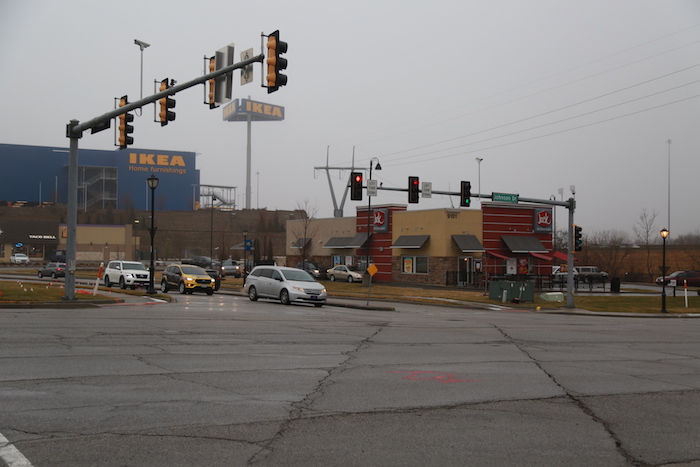 A stretch of Johnson Drive in Merriam, near Antioch Road and Ikea Way, will experience lane closures from Jan. 11 to Jan. 15. File photo.

A stretch of Johnson Drive in Merriam, near Antioch Road and Ikea Way, will experience lane closures from Jan. 11 to Jan. 15.

The city of Merriam tweeted about the lane closures last week, and said construction crews will be adjusting manhole covers so that they’re flush with the new pavement.

The Shawnee City Council on Dec. 14 voted 5-3 to convert a part-time position for the city’s Health Enhancement Coordinator to a full-time position. The coordinator handles programming for Shape Up Shawnee, a wellness program that is designed to provide resources for the health of city employees.

Now that the position is full-time, it will be able to focus on the needs of employees across all city departments — the position was previously limited at 20 hours a week — and also advance community outreach efforts by providing fitness and wellness programs for the community.

Councilmembers Eric Jenkins, Mike Kemmling and Tammy Thomas voted in dissent. The subject had some debate at the city council meeting because some councilmembers were concerned that the private health of employees should be their own responsibility. Below is a video of the meeting. Discussion begins at 3:07:01.

Smith said he’s moving out of the city of Shawnee because he and his wife can’t find an empty-nester type home to move into within Shawnee. His fellow commissioners thanked him for his service to the city.

Smith’s resignation comes one month after another commissioner stepped down from his position. The Shawnee City Council approved Mayor Michelle Distler’s appointment of Smith to the planning commission in August 2015, according to city documents.