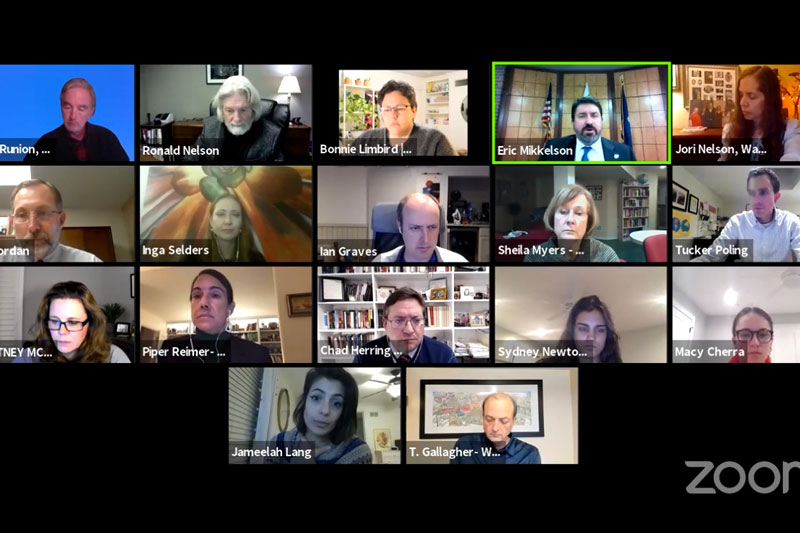 The Prairie Village City Council will formally consider making the diversity task force a standing committee as early as Feb. 1. In the meantime, city staff will confirm that all that can be done to eradicate racist deed restrictions in the Prairie Village Homes Association has been done.

A Prairie Village diversity task force that was initially established to look at ways at attracting and retaining residents of color may become a more permanent fixture as the city considers making it a standing committee.

At the same time, city leaders continue to press for the erasure of racially restrictive language in the housing covenants of the Prairie Village Homes Association.

Created under renowned developer J.C. Nichols decades ago, the covenants include language prohibiting Blacks and other minorities from purchasing a home within the PVHA’s area, which covers about 1,700 homes and is bounded roughly by 75th Street on the south, 67th Street on the north, Mission Road on the East and Nall Avenue on the West.

PVHA board members say the restrictive covenants have not been put into practice for years (and, in fact, are now illegal), but the language remains in the association’s covenants. The diversity task force agreed this week to move forward with finding a way to completely strike the racially restrictive language.

Councilmember Ron Nelson, who also serves as president of the PVHA, said it’s important to examine the city’s “racist roots” because “if we forget, it comes back.”

“A big concern that I have is, we cannot and should not erase history,” Nelson said. “Prairie Village was founded on racist deed restrictions — full stop.”

‘Not a binary good or bad’

The current task force still has several future goals, like hiring a person of color for a full-time diversity, equity and inclusion position, as well as other recommendations, which can be found in city documents here.

Councilmember Sheila Myers said she would be interested to know why residents of color moved to the city in the first place, and asked two task force committee members — Jameelah Lang and Dennis Solis, both of whom are people of color — to speak to this point.

Lang said she and her family love the community but said she’s also experienced discrimination and harassment in her own front yard.

“My love for this community doesn’t negate the fact that I want to dedicate my time, my energy and my labor to making this a community that is more welcoming, and addressing the ways in which injustice does exist in this community — and, frankly, in every community,” Lang said.

The city council first considered whether or not to turn the diversity task force into a standing committee that would have regular, periodic meetings. If approved, the task force would be able to focus on the following objectives, per city documents:

While some like Councilmember Ian Graves expressed support for the standing committee establishment and excitement for the task force’s work, others like Myers expressed concerns.

Myers said she’d prefer to have the current diversity task force continue to meet and reconsider it as a standing committee in another nine to 12 months.

“I don’t know what the task force has really done besides putting forth this laundry list,” Myers said. “Many of the items on this list could be achieved by having diverse people of color, religion, economic diversity, as members of standing committees, for example the Arts Council.”

After continued conversation, the city council approved the recommendation to further consider establishing the diversity task force as a standing committee. If the council committee of the whole is able to consider this issue on Jan. 19, the soonest it could be formally considered by the city council is Feb. 1.

Councilmembers Myers, Daniel Runion and Courtney McFadden voted against the motion to move the consideration forward.

Since the task force last met, the Prairie Village Homs A provided the city with information that suggests what can reasonably be done to eradicate the restrictions has already been done, Mikkelson said.

Still, he said the recommendation from the task force is to direct city staff to identify steps, if any are left, that would “remedy” exclusionary deed restrictions.

Graves said if staff determines the issue is truly out of the city’s hands, the city could lobby state legislators to develop a way to strike restrictive covenants. The city council unanimously approved directing city staff to confirm that all that can be done to eradicate the covenants, has been done.