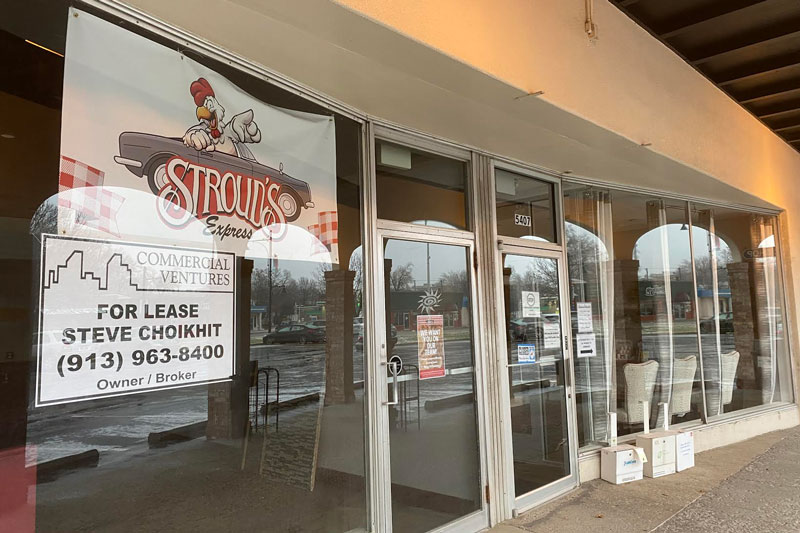 Stroud's Express, a concept spin-off of the original fried chicken restaurant, is heading to 5405 Johnson Drive in Mission.

A spin-off of a popular fried chicken restaurant is headed to Mission.

Stroud’s Express, a concept from restaurant group KC Hopps which owns the Stroud’s franchise, will take over the Mission Mart Shopping Center space formerly occupied by Lucky Brewgrille — which closed in April 2020 due, in part, to the impacts of COVID-19.

The new restaurant is also opening fairly close to the former location of Stroud’s in Fairway, along Shawnee Mission Parkway, which is now being developed into a mixed-use space with retail and a Starbucks.

“We chose this location close to our old location that is being redeveloped in Fairway,” KC Hopps vice president Bethany Neal said in a press release.

Stroud’s Express will only offer curbside pick-up, carryout or delivery — there is no dine-in option, according to the release.

Lee’s Summit is home to the only other Stroud’s Express in the KC metro. The Mission Mart location will be the first in Kansas.

Stroud’s still operates two dine-in restaurants, one in Overland Park and another in North Kansas City, and

KC Hopps says it hopes to open the new location in the first quarter of 2021.

Following an official opening, Stroud’s Express will serve food Wednesdays and Thursdays from 3 p.m. to 8 p.m. and Friday to Sunday from 11 a.m. to 8 p.m.