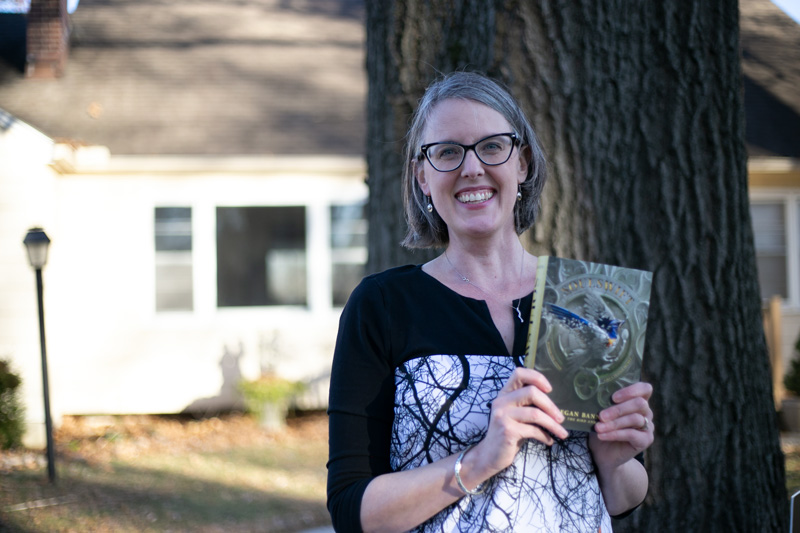 Overland Park author Megan Bannen recently published and released her second book, “Soulswift" which is centered on a girl who “inadvertently becomes the vessel of an immortal being."

A former librarian and teacher in Kansas City, Kansas, and Shawnee Mission schools, Bannen has centered her latest young adult fantasy novel around the life of a girl who “inadvertently becomes the vessel of an immortal being” who is either the world’s savior or a demon.

“She has to figure out which of those things are true and what she’s going to do about it,” Bannen said.

The author took inspiration from a musical piece called “The Lark Ascending” by Ralph Vaughan Williams. The 1914 work features a string orchestra set to a 122-line poem by the English poet George Meredith.

“It’s full of longing, and it’s very bittersweet, and it’s exquisitely beautiful,” Bannen said. “And I thought, I want to write a book that feels like this piece of music.”

At the time she was working on the novel, Bannen was a librarian at Johnson County Library.

She is now a full-time writer. She published “Soulswift” in November. She also wrote and published “The Bird and the Blade,” another epic adventure story, in June 2018.

Bannen hopes young readers will find “Soulswift,” to be relatable.

“When you’re writing, there’s always part of yourself in the book, and you’re influenced by things outside of yourself,” Bannen said of her new book. “And so I do think that, to a certain extent, things going on in the real world played some sort of role psychologically, as I was drafting the book.”

A book for her younger self

In fact, she wrote the book to her 17-year-old self, in many ways, because it’s a book that deals with religion and faith — not in a way that tells young adults what to believe. Rather, the book grapples with issues of doubt and struggle with beliefs as the character grows her understanding of the world.

“I think, especially when it comes to religion, and doubt, it’s very easy to feel isolated in that, because you’re surrounded by loved ones who probably have a particular religious belief that they raised you with,” Bannen said. “When you start to doubt that or have questions about that, that can feel very lonely, I think.

“I really wanted to write a book for teens who might be going through that so that they can understand that they’re not alone with that. They’re not the only person who’s ever felt that way.”

She lives with her husband, Mike Bannen, and their two children.