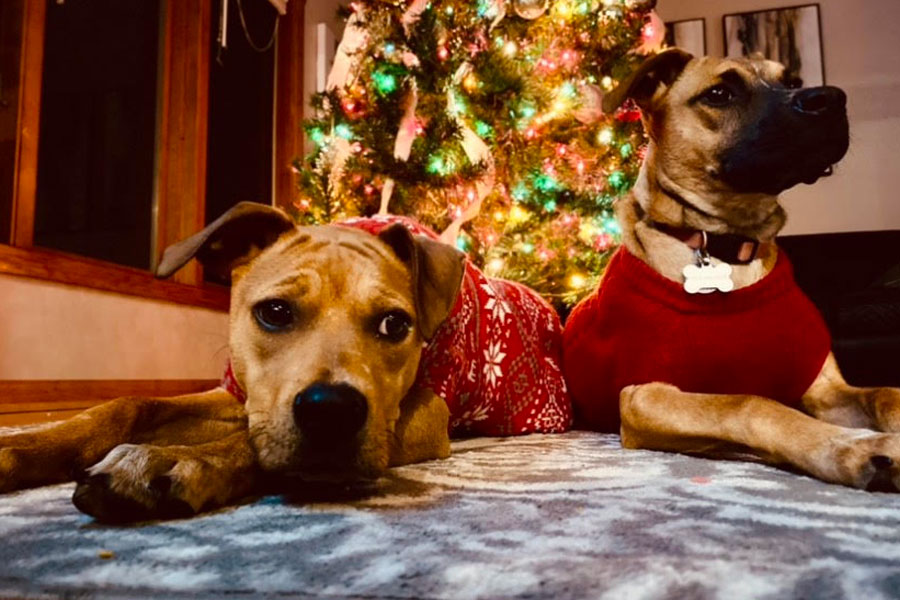 It’s a happy new year, indeed, for a litter of puppies rescued last summer by volunteers from a Shawnee animal shelter.

Officials with Melissa’s Second Chances, 11015 W. 75th Street, say the nine puppies and their mother that were found in rough shape near a home in rural Kansas in July have now all been adopted and are living in permanent homes throughout the Kansas City metro.

The dogs were rescued last summer after they were discovered near the cellar of a home in Cherryvale, Kan., about 150 miles south of Shawnee, in Montgomery County.

A caller notified the shelter, and Merrilyn and Elijah Shobe, a mother-and-son tandem of volunteers, drove to Cherryvale on a hot July day to retrieve the dogs.

Their mission turned out to get more complicated when the litter scattered when the volunteers showed up. Elijah eventually had to crawl under the home to get at some of the puppies, ultimately coming away with all 10.

The puppies and their mother were brought back to Shawnee, where they were nursed back to health and spayed and neutered.

In a recent follow-up email, Melissa’s Second Chances officials said all 10 dogs have been successfully adopted in the months since they were rescued.

Here is an update about eight of the dogs, in the words of the new owners who adopted them. 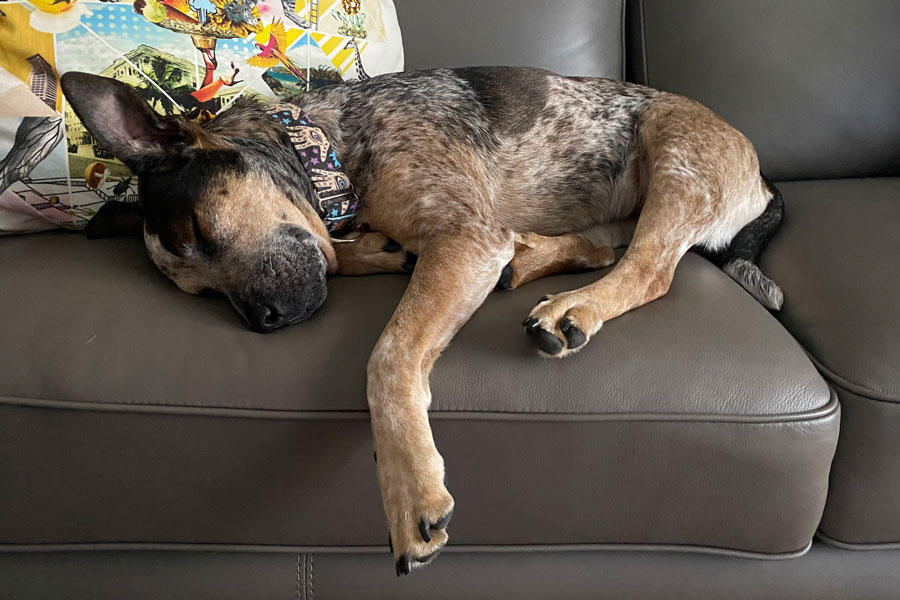 “Slowly she is finding her way alongside her new brother, Goose, and prides herself in being a 55-pound lap dog. They love to play and watch for squirrels together!  Luna is extremely fond of her stuffed sloth, long naps on the couch and belly rubs. Despite enduring a not-so-ideal situation, she is a smiley and snuggly dog. Furthermore, she is very goofy and has been a fantastic addition to our home!” 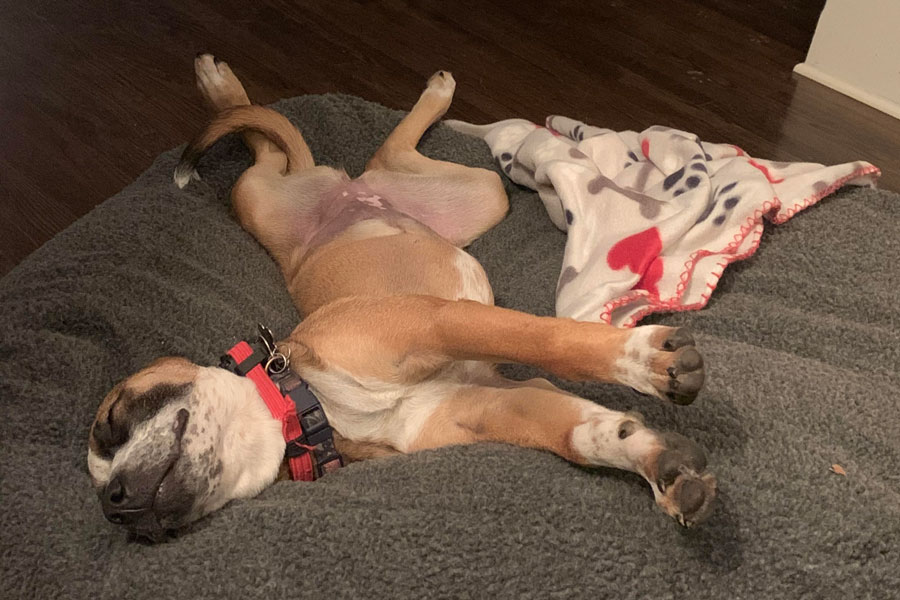 “She has  fit right in to the family. She loves playing with her older ‘sister’ Mazie, a big shepherd mix rescue we adopted last year. Wellie loves playing fetch, running around the yard with Mazie, going for walks, and cuddling up in the evening. She is a funny, goofy girl and strikes the most interesting poses. She is such a fun addition to our family.” 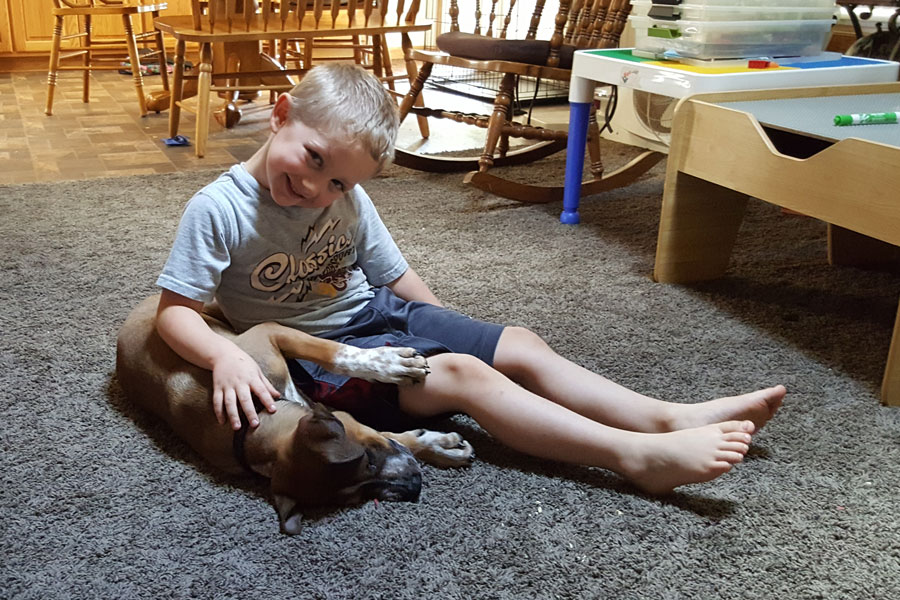 “Named by his 5-year-old buddy, Trey (above). He has six siblings: five humans and a rescue cat. He gets along great with all of them. He is a 60-pound lap baby that loves belly rubs, tug of war and playing the floor is lava with the kids. He recently graduated from puppy training (kindergarten) and ready to move on with 1st grade after the New Year. He is also spoiled and thinks he is human.” 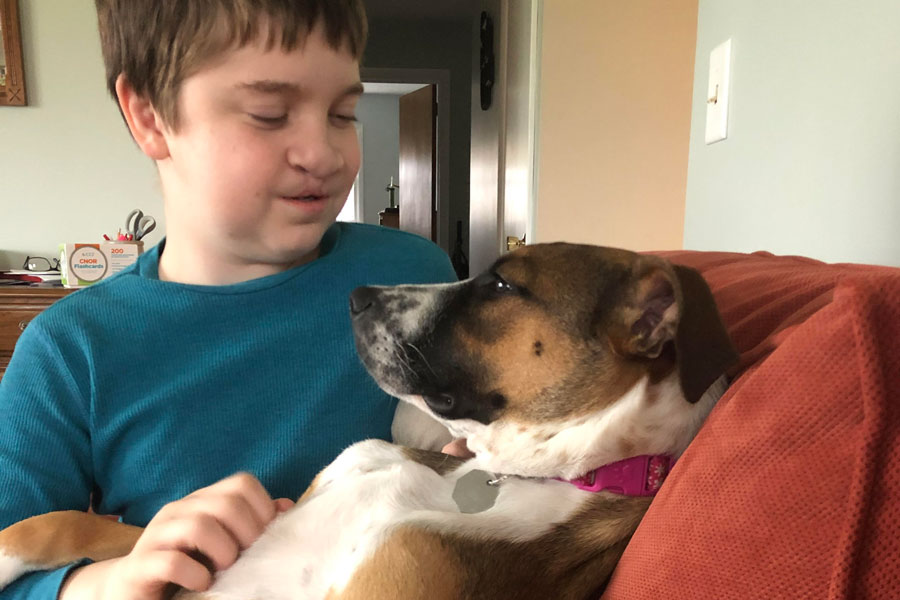 “She has been so wonderful for me to have these past few months. It has personally been a very hard year for me as I have just gone through a divorce and am a nurse working during a pandemic. Pepper is a bit of a velcro dog. She is very attached to me. She also loves my three boys (one of whom, Drew, is pictured above) and cats. She was 19 pounds when I got her and is almost 50 pounds now. And so loved!”

“Ollie and Mia are doing great! They are living their best lives. They are by all means spoiled!! I am glad that we decided to keep them together because they never leave each other’s sides. Ollie and Mia have such a loving bond. It’s fun to watch them run around and play. When they aren’t wrestling in the yard, they love to cuddle up on the couch and get their snuggles in with their humans.” 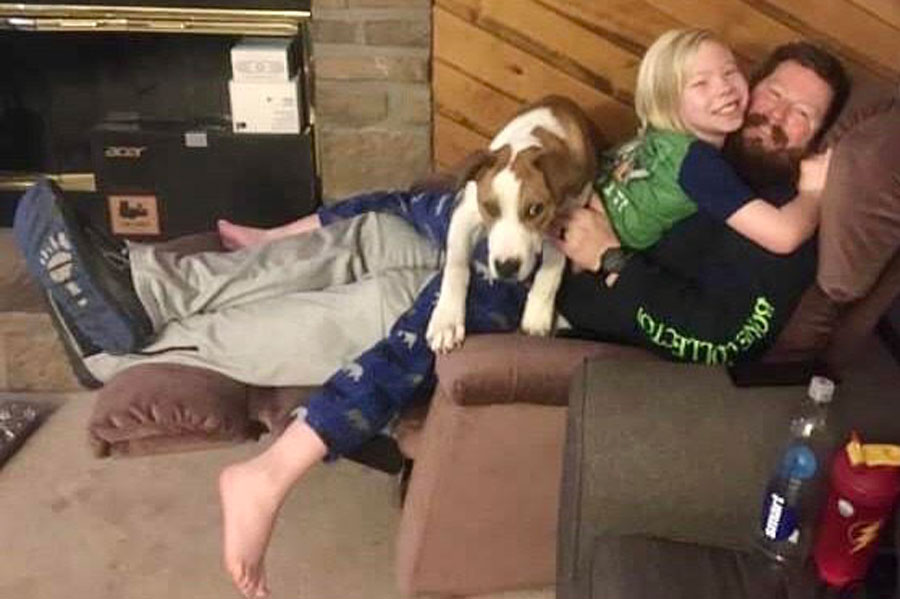 “Firedrake, aka Drake, is doing great. He is our little big lap dog! (Pictured here with owners Lucas and Zane Sohosky.) He loves playing and destroying his toys. Did I mention he loves walks? He can walk for miles and miles!”

“CJ is doing wonderfully. He lives on a farm with his humans and four other dog siblings. He spends his days filled with adventures ranging from barn chores to long hikes with his people and four-legged pack. He is strong, healthy, happy and surrounded by love. Thank you again for rescuing [the] puppies. He has been the perfect completion to our household.”