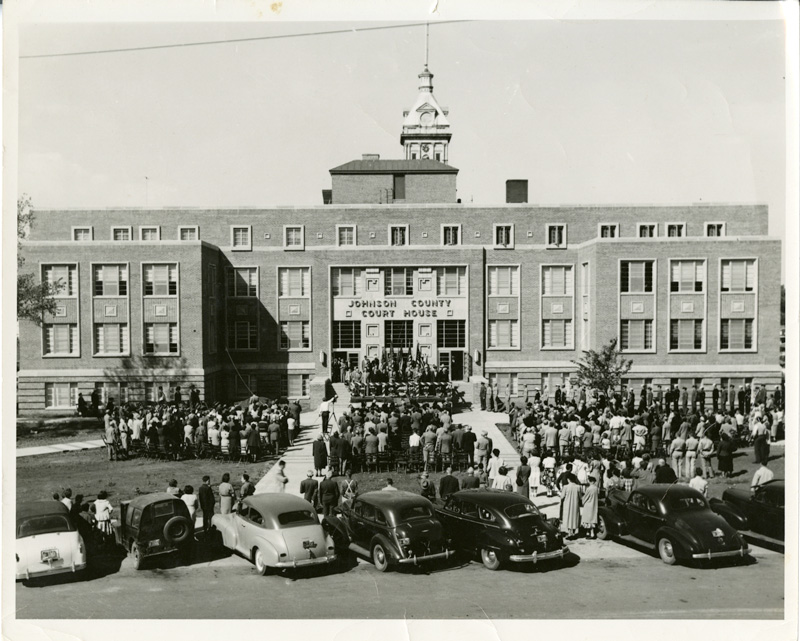 The building that has housed the Johnson County Courthouse since 1952, 100 N. Kansas Ave. in Olathe, will permanently close on New Year’s Eve. Above, the building being dedicated in October 1952. Photo courtesy Johnson County Museum.

After nearly 70 years in operation, the building that housed the Johnson County Courthouse will permanently close on New Year’s Eve.

Located at 100 N. Kansas Ave. in Olathe, the courthouse was built in 1952. It is the third building to serve the Kansas 10th Judicial District.

About the new building

Beginning Monday, Jan. 4, court offices and courtrooms will operate from the new courthouse but remain closed to in-person contact. All hearings will continue to take place by videoconference until local public health conditions improve, according to a press release.

Here is a small gallery of images of the 1952 courthouse, all courtesy of the Johnson County Museum:

And below are some images of the original 1892 courthouse, which was demolished after the 1952 courthouse opened, also courtesy Johnson County Museum: