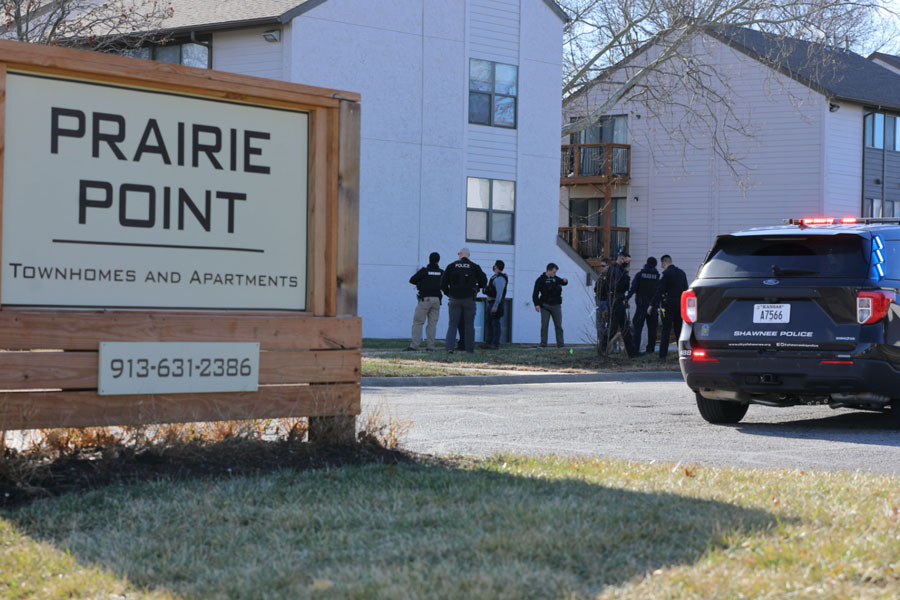 Shawnee Police say they have recovered a car stolen Wednesday afternoon during an alleged carjacking but are still searching for two suspects.

Major Jim Baker of the Shawnee Police Department says officers were called at 12:40 p.m. after a 70-year-old man reported he had been rear-ended as he stopped at a stop sign by a Ford F-150 truck.

“When the victim exited his white 2016 Dodge Challenger to check for damage, one of the suspects pointed a black handgun at him and took his vehicle,” Baker said in a news release.

The release said there are two suspects.

A second officer then spotted the truck in the Prairie Point Apartments in the 6300 block of Widmer Road.

Baker said the officer witnessed a man running from the truck, which officers later determined was also a stolen vehicle.

“The suspect was wearing gray pants and a teal or green colored hooded sweatshirt and is still at large,” Baker said.

On Thursday, Shawnee Police issued a release saying the Challenger had been recovered, though no details about where or when the vehicle was found, or in what condition it was in, were immediately available.

Recorded radio traffic indicates a traffic camera in Merriam recorded the stolen Challenger turning onto northbound Interstate 35 from Johnson Drive, just a few minutes after it was stolen in Shawnee.

The stolen vehicle in Shawnee Wednesday is the same make and model as a car taken at gunpoint Tuesday evening from a woman in the parking lot of Oak Park Mall in Overland Park.