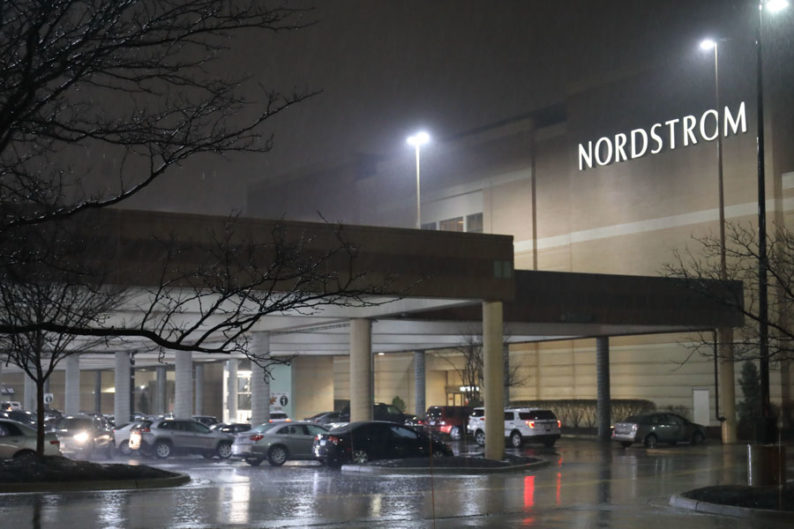 A woman reported being the victim of an armed carjacking Tuesday night in the south parking lot of Oak Park Mall in Overland Park. Photo credit Mike Frizzell.

Overland Park Police are investigating after a woman was carjacked in the Oak Park Mall parking lot on Tuesday evening.

Officers were called to the lower level of the south parking garage near Nordstrom, 11143 West 95th Street, just before 6:30 p.m.

“The victim reported the suspects held her at gunpoint while suspect one stole her 2017 black Dodge Challenger,” said Officer John Lacy of the Overland Park Police Department. “Suspect one fled in her vehicle, leaving suspect two on scene.”

Recorded radio traffic states that as officers arrived, they noticed a man matching one suspect’s description. That man ran south across the mall parking lot as officers closed in. He was detained near the Target store, just across 97th Street.

Lacy confirms that the second suspect has not yet been arrested.

Kansas City, Kansas, officers attempted to stop the black Dodge Challenger later Tuesday evening for traffic charges, but the driver did not stop, according to Lacy.

“The stolen car and suspect have not been located,” Ofc. Lacy said.