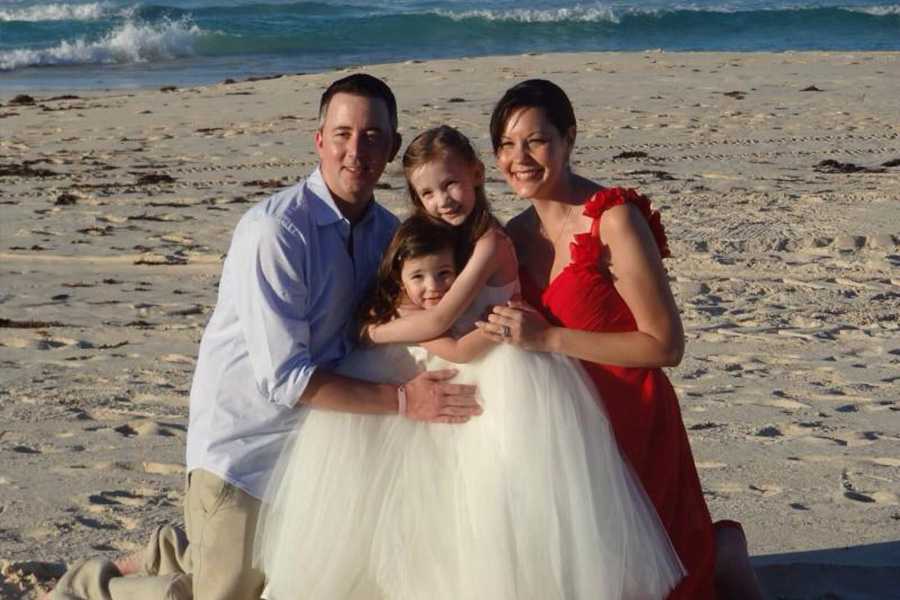 Matthew Whalen, left, is remembered as a warm and fun-loving father. He died on Christmas Eve at the age of 43. Photo via Matthew Whalen's Facebook page.

Matthew Joseph Whalen, affectionately known as “Smithers,” was a genuine and warm father, husband, brother, son, and friend. He left us far too soon on December 24, 2020, at the age of 43.

Matthew’s fascination with mischief and prankery began at an early age, ultimately spurred on by several friends whom he met while attending Shawnee Mission East High School and the University of Kansas. Always a fan of high jinks, Smithers delighted in surprising unsuspecting friends and pesky neighborhood children with his capers, especially on Halloween. Much to the chagrin of his friends and none so more than his wife, one of his favorite pastimes was donning his signature old man mask and scaring the bejesus out of anyone who was oblivious to his ways.

Notable facts about Matthew include his love of all of the holidays, especially Christmas. Over time, he amassed one of the world’s most admirable collections of snow globes. If friends or family planned to stop by, he’d be sure to wind up all of the globes at once, creating an intense cacophony which all but guaranteed his visitors would not overstay their welcome. Matthew was also well known around town for the quality of his barbecue delicacies, and took great pride in his BBQ team name, “I Like Pig Butts And I Cannot Lie.” His idea of a perfect day included swimming in his pool with his family while he smoked a brisket, had a stogie, and watched either the Jayhawks or the Chiefs win a game.

While Matthew’s achievements were many, none made him more proud than his marriage to his loving wife, Emily. Their grand love story began when Emily fell on her face at Mardi Gras in St. Louis in 2005, and everything literally went up from there. The two were married in 2007, where the officiant referred to him as Smithers throughout the entire ceremony. This was a very joyful moment for him on many levels. Matthew’s life was even more joyful with the addition of each of their daughters, Becca and Isla. Matthew was, quite simply, made for fatherhood. Nothing made him happier than when one of his girls would prank him or laugh at his jokes. His pride in his girls was immeasurable.

Perhaps Matthew’s best quality was his ability to make everyone feel important. Always genuine and authentic, his love, generosity, humor, and wit will be deeply missed by all who knew him, and we are all better for having known him.

Matthew will be forever remembered by his wife, Emily Whalen, and their two daughters Rebecca Sue and Isla Marie; his parents, Joe and Sharon Whalen; his brother Bryan and wife Lacey; Emily’s parents, Ruddie and JoAnn Borchelt; sister-in-law, Laura Bennett and fiance Greg Heins; sister-in-law Jodie Scott and husband Derek; aunt and uncle Cyndi and Jerry Whalen; nieces and nephews Kelsey, Kaitlin, Logan, Caleb and Masie; and a whole host of close and loving friends. He was preceded in death by his birth mother, Nancy Whalen. Services will be held in private for the family, with a celebration of life to follow at a later date.

In lieu of flowers, please do not send any cards featuring Precious Moments illustrations. Smithers had a deep fear of Precious Moments characters and would prefer to leave those diabolical creatures here on Earth. Contributions can be made towards 529 College Savings Plans for both Becca and Isla. One-time or recurring gifts can be made at Ugift529.com using the following codes. Rebecca Whalen, UGift code Q8W-252; and Isla Whalen, UGift code 25K-28Y. Condolences may be left at the Cremation Society of Kansas and Missouri.