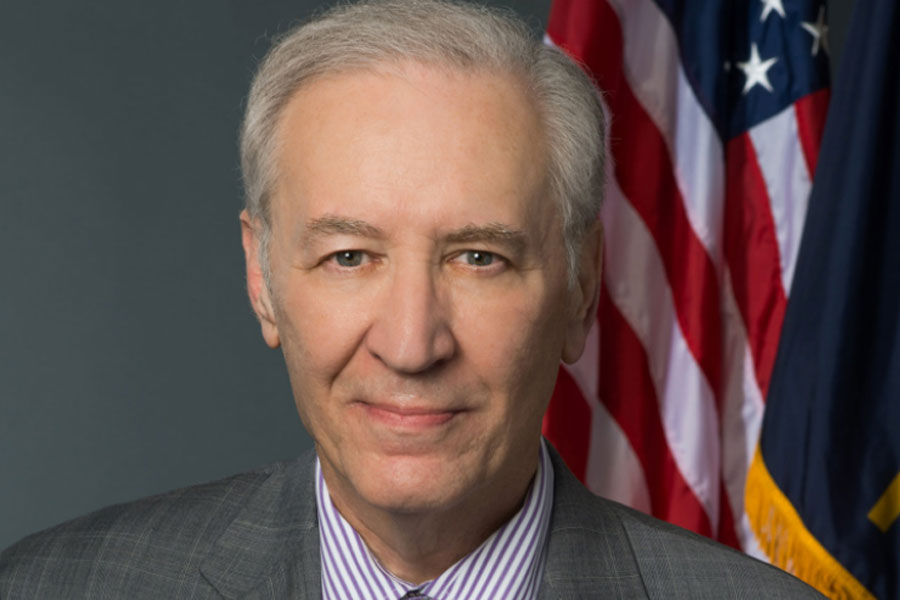 In an announcement conveying the city’s condolences, Mayor Carl Gerlach noted Goodman’s long service to the community, beginning as a member of the Planning Commission in the 1990s and continuing through his years representing Ward 4 on the council, from 2001-2017.

“We have heard from others about Terry’s indelible impact upon Overland Park. We sincerely express our condolences to the Goodman family. Please know the Overland Park you see today is because of his love of this community. For that, we are truly appreciative of his service,” Gerlach said in the announcement.

Gerlach said Goodman was instrumental as a planning commissioner in setting the path for city development as the 21st Century began. He was also a champion of the business community and worked hard to bring in new jobs, he added.

Goodman was remembered as a councilmember who was always well prepared and voted for what he believed were the best interests of Overland Park.

“We are a much better city because of Terry,” said Councilmember Paul Lyons, who served for 10 years alongside Goodman.

A ‘strong supporter’ of development

Lyons remembered Goodman most for his chairmanship of the council’s finance and community development committees, where policy is debated before being taken up by the full council. He added that although he and Goodman sometimes disagreed on such things as the addition of bike lanes, Goodman was never an ideologue and always kept the larger issue of the city’s quality of life in mind.

“He was a very strong supporter of the city in terms of development,” and was a particular supporter of the soccer complex and parks, Lyons said. Goodman also worked to make sure public tax incentives were appropriate and made sense for the projects in which they were requested.

Councilmember John Thompson, who served a total of eight years on the council and in committee with Goodman, remembers him as always being extremely well prepared on the issues discussed. Goodman was focused on maintaining low property taxes and finding cost-effective ways to deliver services, Thompson said. But he also had a particular love for the Deanna Rose Children’s Farmstead because of his grandchild, he added.

Goodman ran unopposed for his council seat for all but the last election.

That final re-election campaign in 2017 became controversial after he got into a public spat with his opponent, Gina Burke. Burke accused Goodman of contacting her during the campaign, trying to convince her to not to run for lack of experience, a charge Goodman denied.

Goodman eventually lost that race by 110 votes, and afterwards, he bemoaned the shots against his character during the campaign.

Burke would later step down from her seat after moving out of the ward. Earlier this year, Stacie Gram replaced Burke in Ward 4.

Gram offered her condolences to the Goodman family on Facebook Sunday night.

“He served us very well, contributing to the well being and growth of our community and will be fondly remembered in our prayers,” Gram wrote.

Goodman had been ill for some months before his passing, according to those who knew him. In its statement, the city did not note a cause of death.

He is survived by his wife, Frances; two adult daughters, Kristi Goodman and Amy Goodman-Long; and a grandson, Tyler Long.