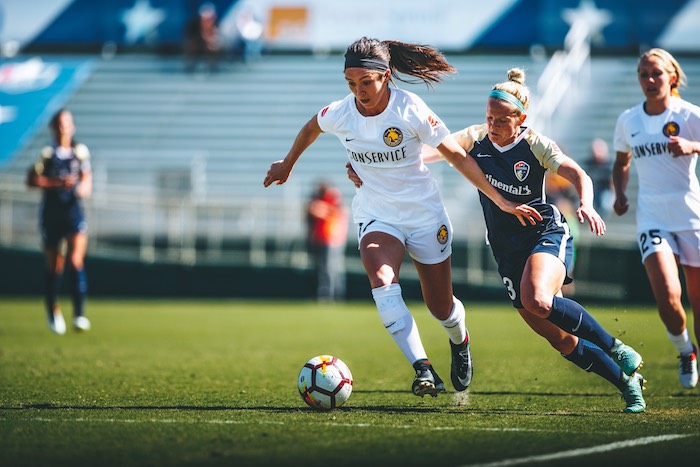 A Shawnee Mission West graduate is among two Kansas City-area natives recently named to the roster of Kansas City’s new National Women’s Soccer League’s club, which is set to have its inaugural season in 2021.

Kansas City NWSL announced this week that it had added a trio of new players to its squad, including:

“I have known Jaycie and Syd for many years and I look forward to working with them again,” said head coach Huw Williams. “Adding quality players from Kansas City is always a plus!”

Miramontez played for FC Kansas City in 2017, that club’s final year in Kansas City before she then followed the team to Utah. She is a a 2013 graduate of SM West, earning accolades at the traditional soccer powerhouse school, and played college soccer at the University of Nebraska.

These three women join the growing roster, which now includes:

Background on club’s return to KC

NWSL announced earlier this month that Kansas City would be returning to the league and that the team would be headed up by Johnson County-based owners Angie and Chris Long.

The city’s former club FCKC was one of eight founding members of the NWSL in 2013 and won back-to-back championships in 2014 and 2015. But the club later became mired in controversy following a league investigation in to sexually suggestive emails allegedly sent by the club’s former owner.

FCKC eventually disbanded and the franchise moved to Salt Lake City, where it became the Utah Royals. That club is now moving back to Kansas City.