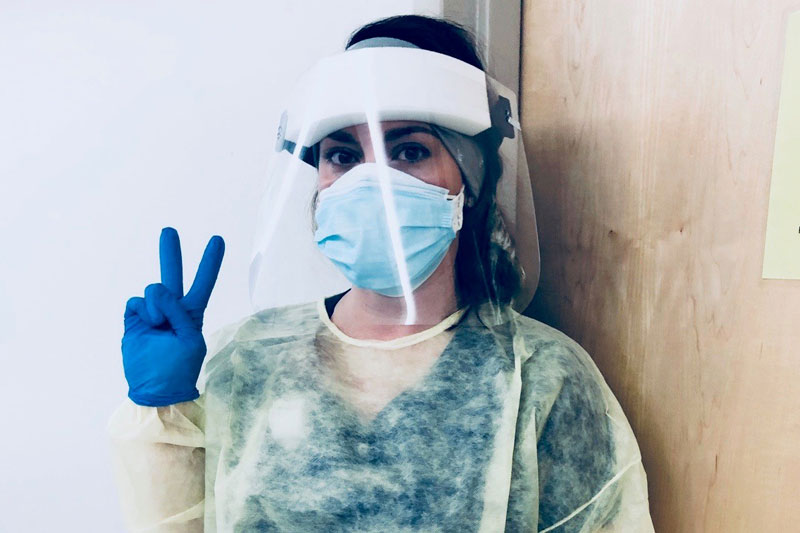 With seven years as an ICU nurse under her belt, Anders said COVID-19 is an experience unlike anything else. She vividly recalls last winter when admitted patients began to come in with symptoms of acute respiratory distress.

Then, the department’s inventory of rotoprone beds — which are designed to help patients with respiratory issues and have been used to treat COVID-19 patients — began doubling week after week. That was strange, Anders said, because ICUs rarely use rotoprone beds and therefore don’t have a large supply.

Nearly a year later, Anders said she can’t blame people who continue to play down the pandemic because, unlike herself, they don’t see the ICU’s high mortality rate day after day.

“It’s not their fault because they don’t know, they’re not right in the middle of it,” Anders said. “They don’t see what we see, and what we see every day at work with people dying so often — even in a critical care area — this is the slowest, most painful death I’ve ever seen as a nurse.”

Anders isn’t alone in her experience.

Kelly Sommers, director for the Kansas State Nurses Association, said nurses throughout the Kansas City region are grappling with not only the emotional toll of COVID-19, but understaffing, shortages of personal protective equipment and a lack of paid time off.

‘It’s traumatizing for sure’

As of mid-December, all 12 of AdventHealth Shawnee Mission’s ICU COVID-19 patients were on ventilators — but it’s detrimental to one’s health to stay on a ventilator for too long, Anders said. And more often than not, Anders said the next step has to be taken: COVID-19 patients are placed on tracheostomies, a breathing tube placed into a hole at the front of the neck and into the windpipe.

Most of the patients admitted to the ICU end up on a tracheostomy after three to four weeks on a ventilator, Anders said. Not only is she caring for these patients; in some cases she’s also telling their children via Zoom calls that their parent won’t make it through the night.

“I’ve seen too many deaths every single day, it’s traumatizing for sure,” Anders said. “It’s something that I’ll have to live with the rest of my life — I mean, we all will. I am so proud to be a nurse and I will never quit or give up, but I’ll be changed. That’s for sure.”

The emotional toll Anders is experiencing isn’t unique. Sommers said mental health is one of the number one concerns she’s heard from Kansas City nurses who support dying patients.

With no clear end to the pandemic, Sommers said she’s not sure how much longer nurses can endure the emotional burden before breaking. She said she’s also concerned about nurses’ long-term mental health, and how their COVID-19 experiences could lead to depression, anxiety or even post-traumatic stress disorder.

“We are nurses, we’re skilled, but we’re still human and we still have emotions,” Sommers said. “To see this amount right now is taking a toll not only on how tired they are, but emotionally what you’re experiencing and going through.”

Anders said that as a nurse in the thick of it, she won’t give up — but she wants the public to follow COVID-19 guidelines and restrictions to keep everyone safe, especially heading into another major holiday: Christmas.

She said even some of her patients have expressed regret once they’ve been admitted.

Even though the COVID-19 vaccine has begun being distributed to health care workers nationwide (including in Johnson County), Sommers said people have to keep two things in mind: a vaccine won’t be available to the general public for quite some time and, even still, it’s a two-part vaccination.

It may be three to four weeks after receiving the first vaccine before the second dose is administered, she said, and there’s concern that people will have a false sense of security during that time frame.

If people want to advocate for nurses, she said, the best thing to do is to follow the Centers for Disease Control and Prevention guidelines such as social distancing and wearing a mask.

“This isn’t about politics,” Sommers said. “This is about health and science and the well-being of our communities. Right now, we need to be taking care of each other and that’s what nurses want — if you want to advocate for them, advocate for each other.” 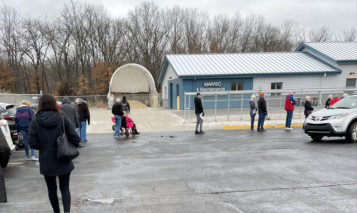 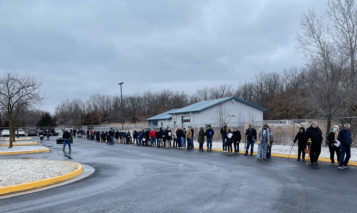 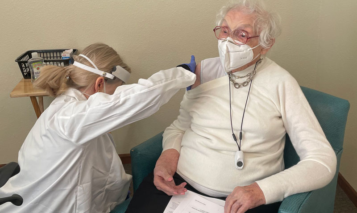 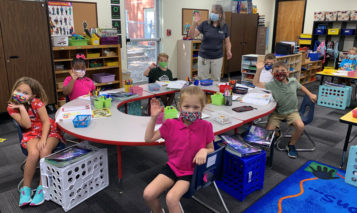