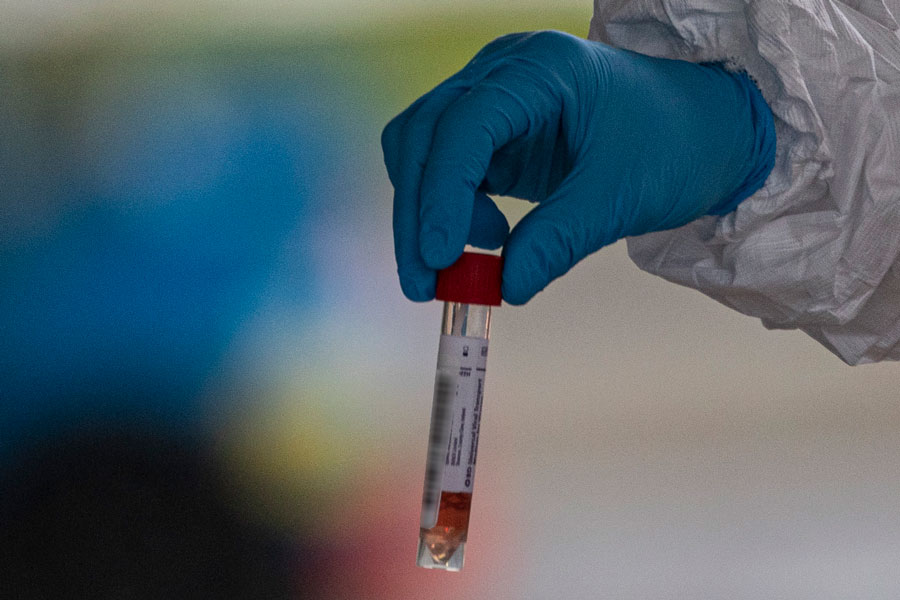 A company that runs a testing lab in Lenexa says it “will fully cooperate” with the state of Kansas after being flagged by regulators for potential price gouging.

In a letter issued last week, the Kansas Insurance Department said it had been made aware of GS Labs, 15720 College Blvd., pricing a single diagnostic COVID-19 PCR test at $1,000.

The price listed on GS Labs’ website has since dropped to $699 per test, which state regulators say is still well above the national average of roughly $185.

These are prices that providers seek to get reimbursed by health insurers and are not typically charged to patients directly. Still, regulators say consumers could ultimately bear the burden if such exorbitant charges are allowed to go unchecked.

“If these astronomical costs charged by unscrupulous providers are borne by the health plans and insurers without recompense, consumers will ultimately pay more for their health care as health insurance costs will rise,” Justin McFarland, general counsel for the Kansas Insurance Department, wrote in last week’s letter.

Lenexa lab ‘new to this’

GS Labs is a health care testing startup based in Omaha that began operations in January and now has 15 locations in 10 different states, including the Lenexa lab, which opened Nov. 28, according to company spokesman Kirk Thompson.

Johnson Countians may see billboards advertising GS Labs’ services, including one on southbound Interstate 35 near the Rainbow Blvd. exit.

Thompson said GS Labs offers daily testing from 8 a.m. to 8 p.m., with patients able to book same-day appointments and get results within 30 minutes.

“We are here to help the community,” he said. “There is overwhelming demand for COVID-19 testing right now, and we take great pride in our services.”

But he also said GS Labs is “new to this and feeling this out as we go.”

He said they discovered there were issues with their listed prices at the Lenexa lab when the Kansas Insurance Department sent its letter last week. Thompson said now GS Labs “will fully cooperate” with the state to work out its pricing.

“Our ears are open,” he said. “The last thing we want is to be perceived as price gougers.”

Thompson said individual customers are not billed at their Lenexa lab. He also said they have held back submitting any reimbursement claims to insurers while they work out their pricing with state regulators.

What consumers need to know

Like many health care costs, disputes over COVID-19 testing prices play out beyond the view of most patients. For Johnson Countians wanting to get tested, here are a few important things to note: