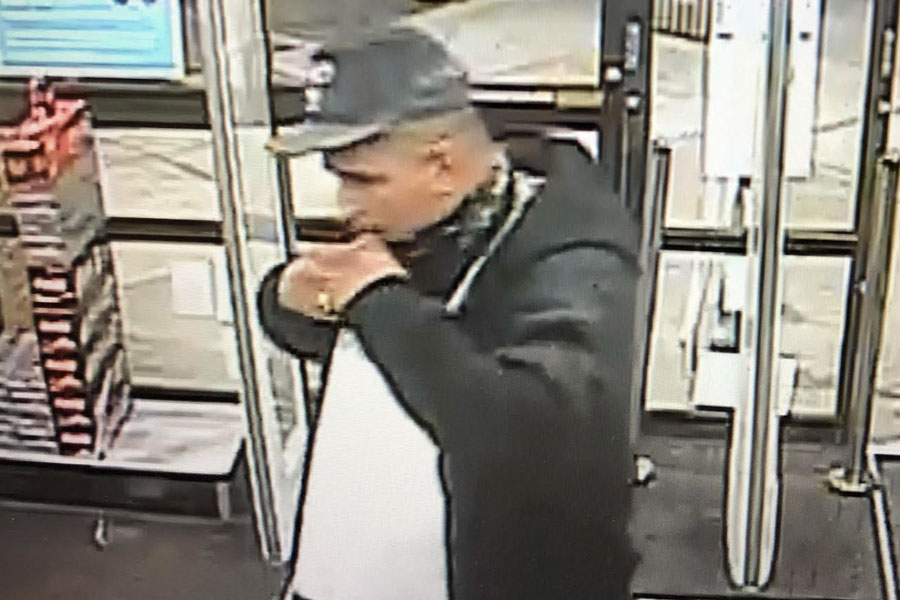 Roeland Park Police are asking for the public’s help in identifying a man seen grabbing a purse out of a shopping cart at a Walgreens last weekend.

In a statement, Roeland Park Police Chief John Morris said the man entered the store about 5:15 that evening with a bandana covering the lower half of his face. A description provided by police describes him as “heavy set.” At the time, he was also wearing a KU ball cap, black pants, a white T-shirt and black zip-up hoodie.

Police released a roughly two-minute snippet of security camera footage shot from inside the store, from the vantage behind the pharmacy at the back of the Walgreens.

In the video, the man can be seen entering a bathroom near the pharmacy. Soon after that, he exits the bathroom and quickly grabs a purse lying in an unattended shopping cart next to the pharmacy.

Police say the suspect then left the store.

“Leaving items in a shopping cart unattended offers an easy target for theft,” Morris warned in a statement.