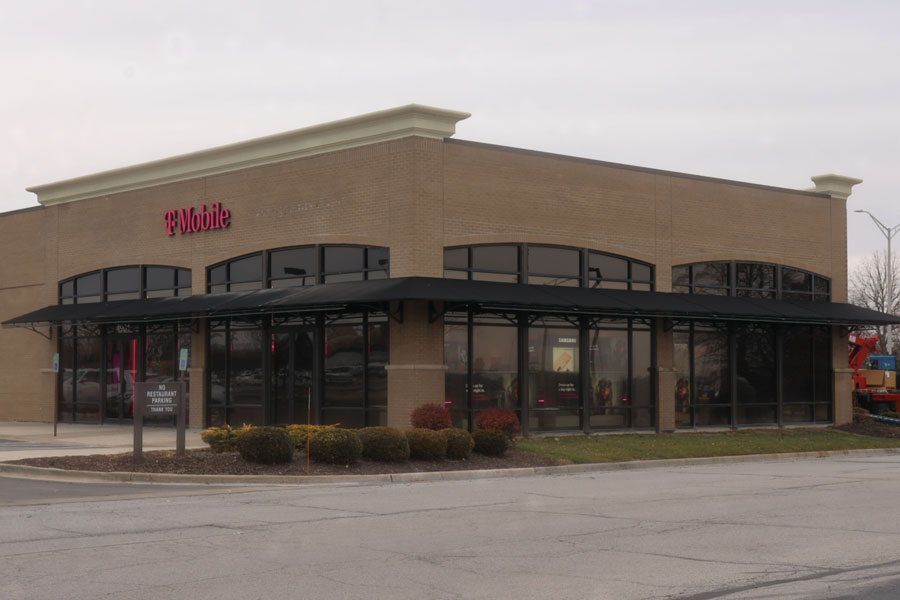 Leawood Police say they have arrested a 28-year-old Kansas City, Mo., man following a reported robbery at the T-Mobile store in Town Center on Tuesday.

Captain Brad Robbins says officers were called to the store at 4901 Town Center Drive at about 12:20 p.m.

“Initially, it was put out as a robbery,” Capt. Robbins said. “He went in, grabbed a couple of phones, and took off running.”

He says an employee saw the suspect with a tool he believed to be a box cutter. The suspect allegedly used the tool to cut loose two display Apple iPhones and then left the store.

Capt. Robbins says officers were working routine patrols of the Town Center parking lot when the 911 call was received. Those officers quickly spotted the suspect walking through the parking lot.

The suspect was arrested near the Chipotle, 5065 West 119th Street, following a short foot chase.

“We had him in custody within five minutes of receiving the call,” Capt. Robbins said.

A K-9 from the Shawnee Police Department responded to the area to assist but was canceled just after arrival on the scene.