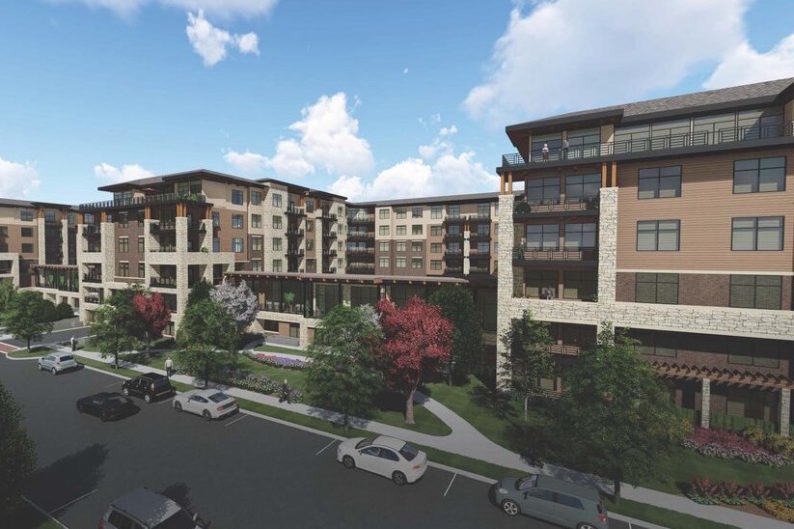 Developers proposing apartments on the south side of the Ranchmart South shopping center will be back at the Overland Park Planning Commission Monday with a scaled-back version they hope will be more acceptable to the adjacent neighborhood.

Developers proposing apartments on the south side of the Ranch Mart South shopping center will be back at the Overland Park Planning Commission Monday with a scaled-back version they hope will be more acceptable to the adjacent neighborhood.

However the nearby homeowners say the building is still too big and close for them to be convinced.

EPC Real Estate Group reconfigured the $35 million project after the city council sent it back to the planning commission over concerns about its height and buffer with the neighborhood, which consists mostly of single-story homes.

The new project has several changes intended to address those concerns, said Austin Bradley, vice president of development for EPC. They include a height reduction of about one-and-a-half stories or 15 feet, wider setbacks and relocation of the street between the neighborhood and the complex that gives the neighborhood more green space and preserves more of the tallest trees. 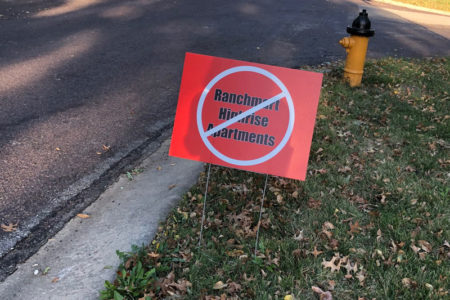 The newest iteration also would have 190 units instead of the originally proposed 210. Bradley said that number is the fewest the development can have and still remain cost effective.

He said the new specs are the result of neighborhood meetings. “We’re very optimistic about the project,” he said, adding the changes address everything heard from the neighbors. “We don’t want to lose sight of biggest piece here which is to take advantage of an underutilized and blighted site but more importantly make sure we have a long-term, viable retail center.”

The apartments are marketed toward older adults who do not need living assistance. Having them close to the center is intended to help the retail there at a time when stores have suffered because of internet sales and the pandemic.

But neighborhood approval is far from certain. The neighbors immediately to the south still have a protest petition on file, which requires a supermajority of votes to get city council approval.

Resident group not impressed with adjustments

Eric Hernandez, one of the neighborhood leaders on the issue, said the neighbors he’ll be speaking for were not impressed. “We by no means support this project,” he said.

The changes mean a project that, at its highest, was seven stories would now be roughly five and a half. But the new apartments would still be around 20 feet higher than the back of the shopping center, Hernandez said, and the buildings will still be too close to other residences, even with the street moved.

“While I appreciate the efforts, I don’t feel they addressed the issue,” he said. Most residents want to see Ranchmart updated with more density and walkability, and they don’t oppose all development, he said. “but it shouldn’t come at the expense of the neighborhoods of Overland Park.”

“It’s like if you’re 400 pounds and you lose 20, that’s progress. But there’s still a lot more that needs to be done,” he said. “”It’s still a huge building in a very small space.”