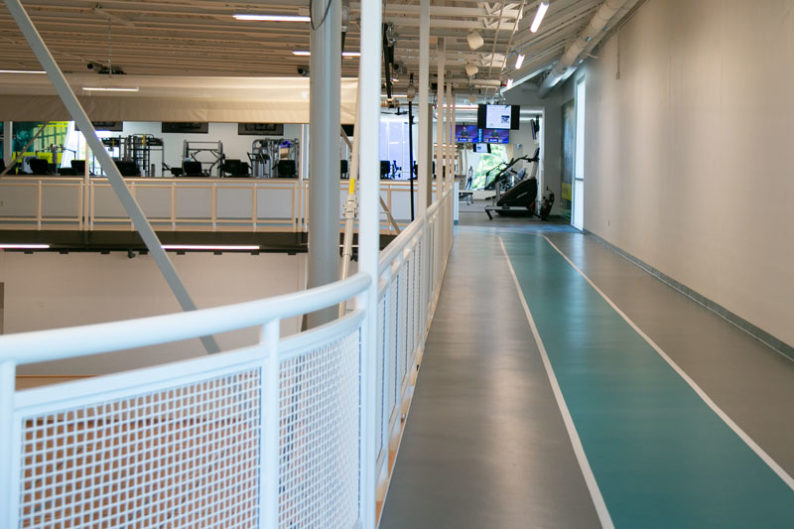 Patrons of the Sylvester Powell Jr. Community Center in Mission and the Merriam Community Center (pictured above) will now be required to wear masks at all times, unless in the swimming pool. File photo.

Following a tense discussion for the second week in a row, the city of Mission is now requiring all Sylvester Powell Jr. Community Center patrons to wear masks at all times — a stricter protocol than the county’s new locker room closure requirement.

A straw poll at the Dec. 2 finance and administration committee showed councilmembers were divided on the issue, and as a result, they sought legal advice and a recommendation from city staff — both of which called for a stricter mask protocol on Dec. 9. Although councilmembers remained divided, their decision to not take any action, by default, requires all patrons to wear a mask at all times unless they’re in the swimming pool.

Some councilmembers like Ward 4’s Ken Davis were in favor of requiring masks to be worn at all times, as well as staff’s recommendation to prohibit room rentals with food so that eaters and drinkers are a non-issue. Davis said the new mask protocol was a good call as COVID-19 continues to strain area hospitals.

“I do think with the increase of COVID-19 in the area, we’ve seen that daily going up, that this is a good decision,” Davis said. “I think, at least for the time being, until we get passed this holiday season, we should go ahead and implement this mask policy at the community center.”

Mission isn’t alone in it’s decision, though. The city of Merriam announced Friday it was changing protocol for its community center as well starting Dec. 14.

Others like Councilmember Nick Schlossmacher were not in favor of implementing the mask protocol. Schlossmacher referenced the World Health Organization’s guidance that masks should not be worn while working out, and asked City Attorney John Martin for clarification on his legal advice.

Martin said Gov. Laura Kelly’s mask mandate states anyone engaging in activities indoor is required to wear a mask, and therefore people working out are not exempted. Aside from that, Martin said he agreed with Davis — the protocol is more about the secondary consequences on the region’s health industry.

Schlossmacher disagreed, and said he’s “totally against” the mask protocol.

“I think it’s pretty disingenuous to sit there and talk about the worries that we have on how this will impact the health system but still say we need to keep it open if that’s big of a problem,” Schlossmacher said. “I’m not saying I think it’s a problem, I just don’t understand how that works out logically.”

As the debate continued on for another half hour Councilmember Arcie Rothrock asked how it will impact the community center staff. Parks and Recreation Director Penn Almoney said while a number of patrons seem to appreciate the autonomy under the former mask protocol, he thinks requiring patrons to wear masks at all times will add another layer of potential conflict prevention.

Additionally, Almoney said the consistency of the protocol will prove beneficial for community center staff.

Councilmembers briefly debated what action to take on the item, and several wanted to avoid taking the item to the Dec. 16 city council meeting for a vote and, likely, further debate. Councilmember Sollie Flora recommended no action be taken, so the mask protocol would be implemented by default.