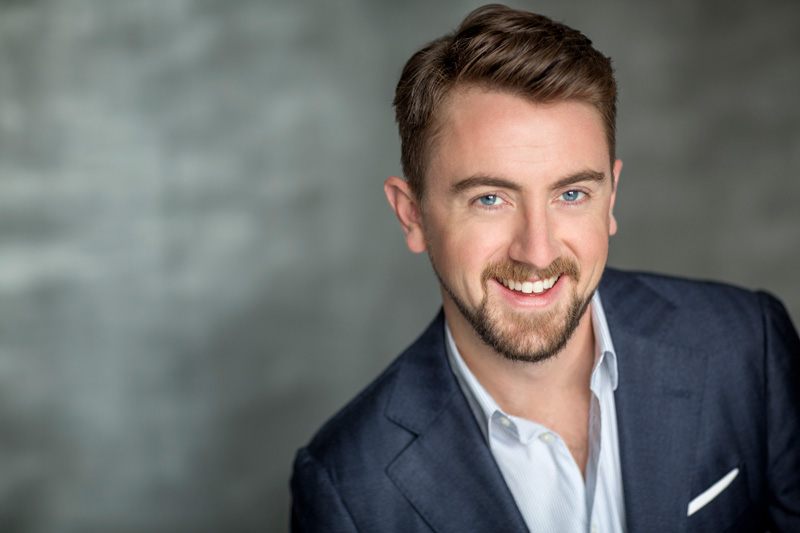 Opera singer Ben Bliss is returning to his hometown of Prairie Village for a virtual Christmas concert this month. Photo credit Dario Acosta.

Opera singer Ben Bliss is returning to his hometown of Prairie Village for a virtual Christmas concert this month.

The “Holiday Bliss” special concert takes place at 7 p.m. Saturday, Dec. 12, and features familiar tunes from Bliss and his musical family, including the band Barnaby Bright and special guests. Presented by the Harriman-Jewell Series at the 1900 Building in Mission Woods, the live-streamed concert is free of charge and will have no in-person audience.

The concert will be “a nostalgic nod” to music artists Bing Crosby, Andy Williams and Perry Como.

“I think in times where there’s a lot of insecurity and unsureness and a lot of people aren’t able to see and be with the people they love and care about, it’s a good time to fall back on things that are familiar and traditional. Music is hopefully something we can all connect to and gather around, at least in spirit if not physically,” Bliss said. “Things like Christmas music have really been in a staple to get me through some of the tougher moments in all of this. And I think about my grandparents listening to these songs and singing these songs when they were young, and their parents before them.”

An SM East grad, Bliss worked in television production — specifically “The Dr. Phil Show” at Paramount Studios — before circling back to his opera career in 2011. Bliss’s most recent appearance in the area was last year for a lead role at the Lyric Opera of Kansas City.

He said he’s excited to bring his talents back to the area for this concert.

“Whenever anyone calls and offers me a gig in Kansas City, it’s always an extra special treat to get to come home and see my family, and perform for friends and family,” Bliss said. “The Harriman-Jewell is one of the best presenters in the city, and I’ve been lucky to grow a relationship with them over the last few years, which has been really nice.”

The New York Classical Review praised Bliss as “one of the leading Mozartian tenors.” Bliss said it’s a pleasure and an honor to be acknowledged this way in the opera world.

“It’s music I really enjoy singing, and it’s great to be part of carrying on the legacy of Mozart as an artist and a human being,” Bliss said. “It’s great to have found my place in the opera world, and I hope that it continues to expand and go on into the future.”

Before the COVID-19 pandemic really set in, his last major gig was at the Metropolitan Opera in New York City.

He also performed a few performances of a Mozart opera called “Don Giovanni” at The Liceu in Barcelona. The audience was only 50% capacity.

“It was really nice to get on stage, sing for a live audience and make music with an orchestra,” he said. “It was a really special treat. And when you can do it safely, it’s nice to travel. It’s interesting to be in a major tourist hub like Barcelona when there are zero tourists.”

Bliss’s next engagement is singing a Strauss opera in April at the Opera House in Zurich.

“I’ll be trying to enjoy this one as much as I can, because it’ll be a few months before I get to do anything like this again,” he said.