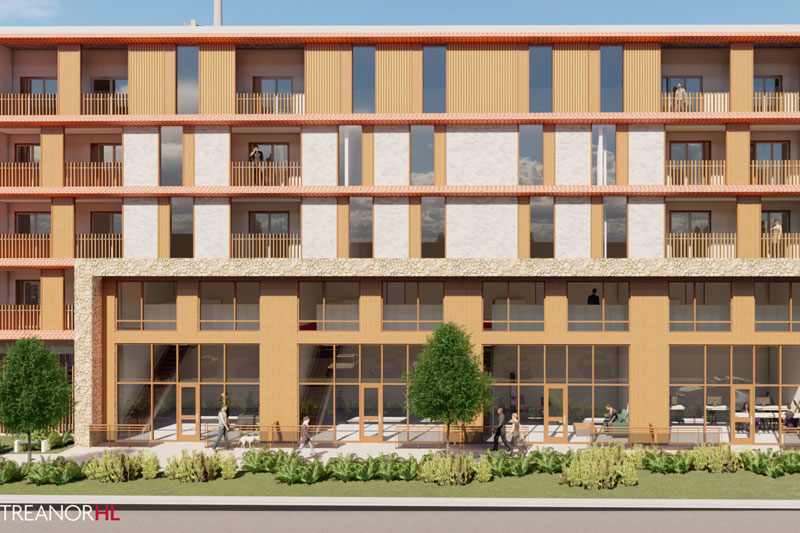 The Mission Bowl redevelopment project is one week out from being considered by city councilmembers.

The Mission finance and administration committee Wednesday finished its work on the project, which seeks to bring a five-story, 161-unit apartment complex at 5399 Martway Street.

“I think we’ve come together, and I feel that we’re working towards a really good plan to build back better the Mission Bowl site,” Schlossmacher said.

Andy Hyland, a sustainability commission member, said as someone who has worked on these issues in the city for the last six years, the announcement makes him proud to be a Mission resident.

“I’m no fan of [tax increment financing projects] in general, but with these commitments in hand, this is a project I’m proud to support as a member of this community,” Hyland said.

Other adjustments to the redevelopment agreement, brought on largely by councilmember questions and discussion, are as follows:

Following a public hearing, the city council will consider an ordinance that would approve the redevelopment agreement on Dec. 16. A link to that meeting can be found on the city’s website here.