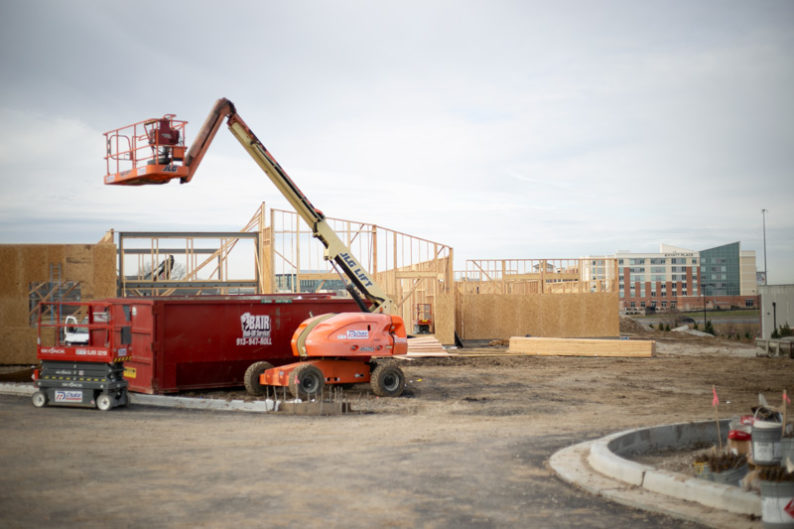 The site is located on 23 acres in the southwest corner of Maurer Road and 89th Terrace, just south of McKeever’s Market.

Why it matters: Developers often request and receive public financing incentives from cities like Lenexa to help with construction costs for new projects. In this case, Sonoma Peak RJB LLC — a company led by Lenexa-based Oddo Development — is expanding its commercial and residential footprint on the southeast corner of West 87th Parkway and I-435.

The Lenexa City Council on Nov. 17 voted 7-0 to approve the tax increment financing, or TIF, plan. Councilmember Dan Roh was absent, and Mayor Mike Boehm recused himself, citing a conflict of interest.

Financial terms of the TIF plan: This is the fifth project plan for the site. When at least 150 apartments are substantially complete — about two years after construction begins — then the developer may be reimbursed with 50% of the ad valorem property tax increment, or up to $3 million. Expenses that are eligible for TIF reimbursement include land acquisition, site development, utility costs and construction, among other things.

The city is also eligible to be reimbursed for public costs, including for road work, parking, landscaping and park improvements. The city is also entitled to capture the balance (the remaining 50%) of the TIF increment during this term.

What’s next: Construction is already underway. The development agreement requires completion by June 30, 2022. The project’s estimated appraised value is $60 million.

Editor’s Noted: This story has been clarified with a headline that reflects the developer’s maximum reimbursement cap of $3 million.