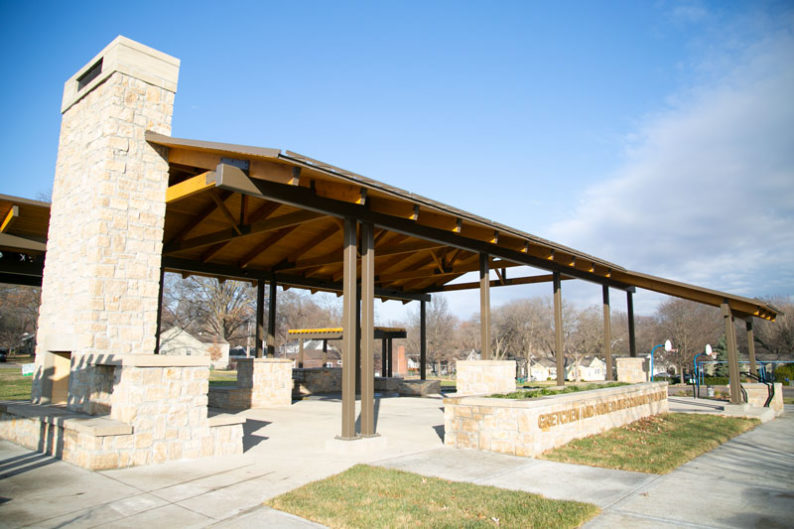 The city of Roeland Park's signature park is largely completed, though contractor Mega KC is working to complete a few minor details such as some curb and stone rework.

The $1.7 million R Park improvement project is largely completed, though Roeland Park Public Works will finish up a few remaining items including fixing cracks in the new curb lines and rework the stonework around the grill under a new pavilion.

Why it matters: Roeland Park began the project three years ago when the city council adopted a plan to turn R Park, which is just off 55th Street between Juniper and Sherwood Drives, into the city’s signature park.

It’s been a multi-phased project, and one phase remains to be completed. So far, new pavilions, restrooms and ADA-compliant parking near the restrooms have been added to the park, which stands on the grounds of a former elementary school.

Remaining work: Tony Nichols, superintendent of the city’s parks and recreation department, said nearly all items on the original to-do list were completed by the Nov. 22 deadline, and staff noted additional details that needed to be addressed before the project is fully completed.