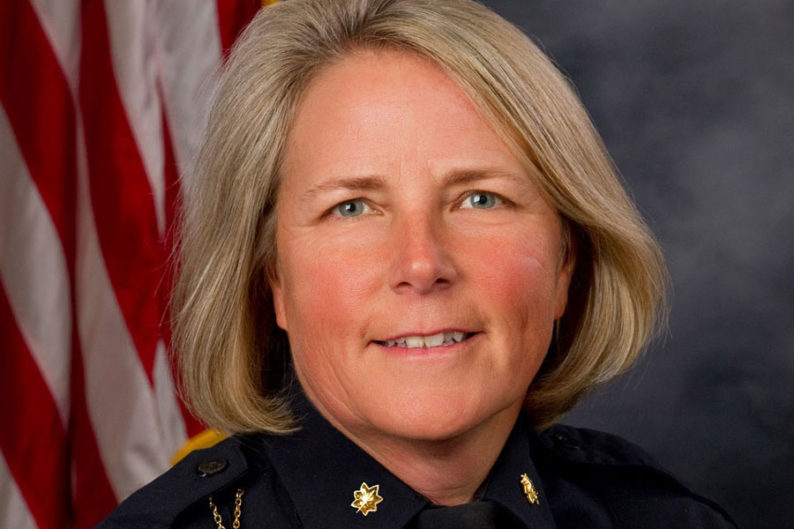 Lenexa Deputy Police Chief Dawn Layman will take over as the city's next chief on Dec. 18. Photo courtesy City of Lenexa.

Layman, a 27-year veteran of the Lenexa Police Department, is the fourth person to serve in the role. She replaces Chief Tom Hongslo, who announced his retirement in October after 31 years in law enforcement.

“The police chief holds an important role for Lenexa and we know that Dawn will excel leading this department,” said Beccy Yocham, city manager, in a news release. “Our residents have great confidence in our police department and Dawn’s strong belief in community-based policing principles will help ensure we keep that trust.”

Layman’s first day as police chief is set to be Friday, Dec. 18.

She will lead 150 sworn and civilian personnel. In the city’s release, Layman said she is “certainly humbled” to serve in the role and grateful for the mentorship and opportunities from the department’s previous chiefs.

“I am honored to lead our agency into the future and continue to work alongside some of the most dedicated and professional men and women in law enforcement,” Layman said. “The members of the Lenexa Police Department are committed to providing exceptional service on a daily basis to all.”

The city’s release also notes that for more than a decade, she’s helped spearhead Lenexa PD’s use of technology that led to the implementation of body cameras for officers and license plate readers at some intersections.

She is also credited with helping develop the department’s mentorship program that pairs new officers with veterans.