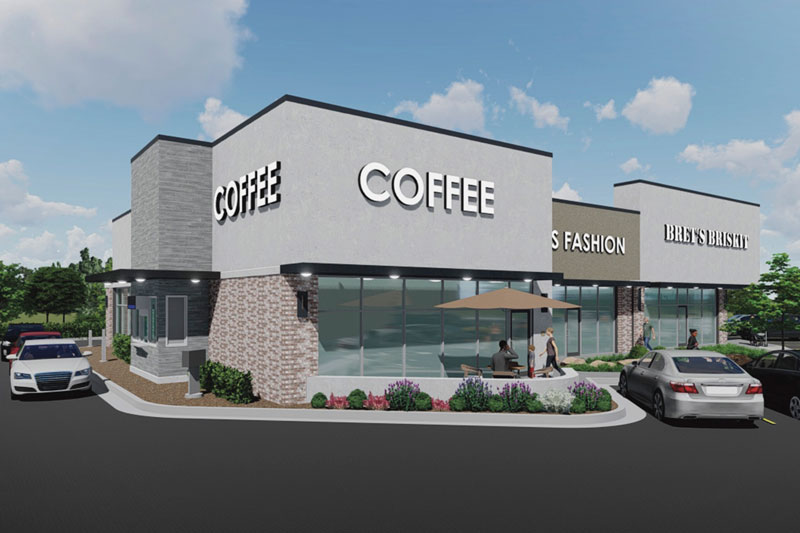 The Fairway City Council approved a Community Improvement District — with a 1.5% add-on sales tax — and a redevelopment agreement for a multi-tenant building at the former Stroud's site, 4200 Shawnee Mission Parkway. Image courtesy of Klover Architects.

With the public hearing for a potential tax add-on at the planned development at the former Stroud’s site less than two weeks away, the Fairway finance committee Tuesday provided city staff with direction on project plans related to unanticipated costs and sustainability.

The proposed redevelopment intends to bring a Starbucks and additional retail space to 4200 Shawnee Mission Parkway, the former Stroud’s fried chicken restaurant. The developer is seeking a 22-year Community Improvement District petition for a 1.5% add-on sales tax at the new site.

Following the meeting, Nogelmeier said he and Cook would draft an agreement so the developer and the city council can have adequate time to read it prior to the public hearing.

Cook suggested unanticipated costs, such as a potential need for a traffic light signal on Shawnee Mission Parkway, should not be capped. Rather, he sought direction on how to prioritize reimbursement payments to the developer versus any unanticipated public investment.

“We will know very quickly if there is a need for a public improvement if it is specifically a result of this development,” Nogelmeier said. “Frankly, it seems unlikely that there is going to be a need to change that intersection with the addition of this business.”

If there are issues with people leaving Starbucks because they’re unsure of where to go, the developer has agreed to install wayfinder signs in the parking lot. These signs will tell drivers how to get wherever they’re going before leaving the lot — east or west on Shawnee Mission Parkway, back to Roe Boulevard or 55th Street, for example.

Cook said he’s drafted sustainability requirements that must be met or it will be considered a default on the agreement. The developer has told city officials that it will not pursue LEED certification, which supports designing and building energy-efficient buildings.

Brofsky listed local buildings that do have the certification such as Prairie Village’s new public works facility. After several councilmembers shared their support for sustainability so long as it’s reasonable, Brofksy said she thinks it’s detrimental to the project to frame sustainability as an obstacle.

“I think we’re setting up like a false dichotomy here where it’s like sustainability or cost, and I don’t think that’s what it is particularly because we just talked about a range for reimbursement,” Brofsky said. “I don’t see sustainability as standing in the way of this project.”

“I read into the contract that time is of the essence,” Levin said. “If we require the developer to redesign the project, that’s going to take time and more money. As someone else said. I don’t think we can afford to lose this project.”

Cook said he thought there was enough direction, and that the city is not yet closing the door on LEED certification for the redevelopment project. The city council will consider CID approval for the proposal on Dec. 14 following a public hearing. 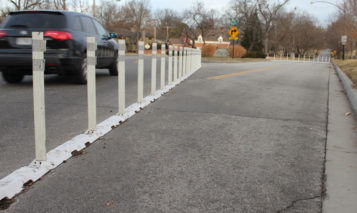