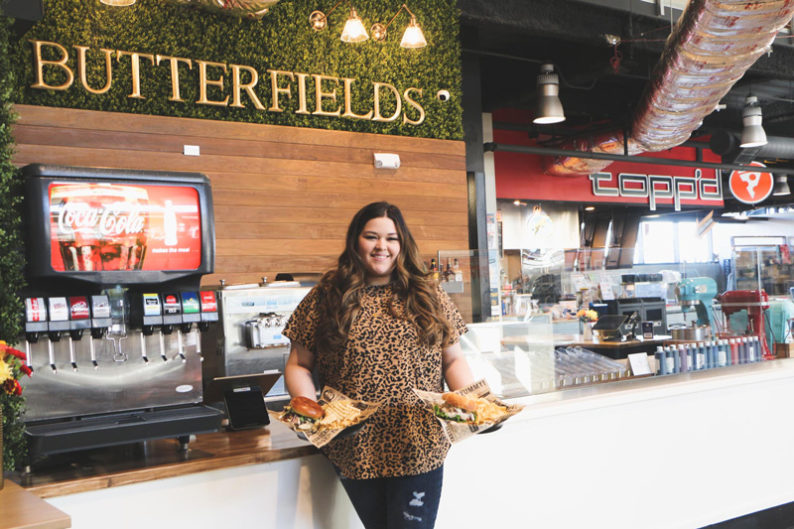 Kate Smith, owner of the Lenexa bakery boutique Kate Smith’s Soirée, is growing her business by opening her first restaurant this week.

Butterfield’s Bakery & Market will become the latest anchor restaurant tenant for the Lenexa Public Market at 8750 Penrose Lane. The first day the restaurant will be open is Friday, Dec. 4. The site was previously occupied by Madman’s KC BBQ, which left the market earlier this year.

Smith said she was excited for the grand opening of Butterfield’s, which she says is her twist on comfort food, after a soft opening on Monday.

“I just feel weirdly at peace; I don’t feel stressed, which is very odd,” said Smith on Tuesday afternoon. “You would think you’re opening a restaurant in what, three days, and I would just be in panic mode, but yesterday just went so well that I feel really excited.”

As chef and owner of the new restaurant, Smith plans to serve soups, salads and sandwiches featuring house-made breads for lunch and dinner, brunch on the weekends and an expanded menu of sweets, including pastries and ice cream treats from her original bakery. Kate Smith’s Soirée is also located in the public market.

The restaurant grand opening Friday is set to begin at 10 a.m.

Smith named her restaurant after her grandmother, Jo Ann (Butterfield) Fath, who inspired her with cooking and baking. After graduating from Oklahoma State University in 2017 with a degree in hospitality management and moving to the Kansas City area two years ago, Smith pursued her passions for food, events and design.

Smith began selling macarons as a day cart vendor at the Lenexa Public Market in March 2019 and expanded to a specialty confections stall a few months later. She gives credit to her staff for their energy and positivity, especially during this period of growth, which has come amid the COVID-19 pandemic.

“I feel like I’m in a place where I have people working for me who put their best foot forward,” Smith said.

The new restaurant also features an open layout, which allows customers to watch as bakers craft fresh breads and pastries.

Butterfield’s hours of operation will be: