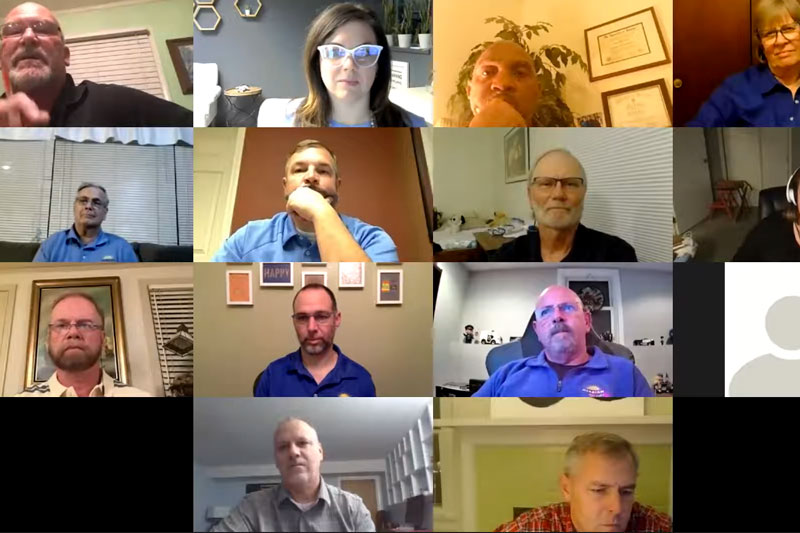 Following guidance from the city council, Merriam city staff is working on a second presentation to bring forward to the governing body regarding potential A/V system upgrades. The upgrades will allow Merriam to videotape future in-person meetings and publish them with closed captioning.

Merriam residents wanting to tune in to the city’s council meetings may have an enhanced experience in coming months.

Currently, the city broadcasts its bi-monthly meetings live via Zoom and residents can also catch a recording after the fact on the city’s YouTube channel. But now Merriam is working toward upgrading its Audiovisual system, which will be used to record future in-person council meetings.

Meredith Hauck, assistant city administrator, presented the city council with several examples and options to choose from including singular versus multi-camera setups. Hauck said a basic setup would cost the city about $50,000 initially and $10,000 annually for maintenance. The city has $60,000 allocated in its 2021 budget for the item.

Multi-camera setups and other features, such as showing presentations during the recording, would increase the base and annual costs, Hauck said. Councilmember Bob Pape said it might be helpful to know how much each additional item might cost in order for the city council to make a decision, but Hauck said the challenge is there is an abundance of potential combinations.

“Any sort of narrowing of the fields here would be very helpful for staff so we can pick a direction,” Hauck said. “Every city does do this differently, so there’s not a best practice we can look to.”

City Administrator Chris Engel, in response to transparency concerns brought up by Councilmember David Neal, said it’s not about whether or not the city will videotape and publish its meetings, it’s about the details: what camera angles and closed captioning options the governing body wants to move forward with.

Councilmember Jason Silvers said in his opinion, to keep up with the city’s current level of transparency, the city should document meetings with one camera and use YouTube’s closed captioning service. Councilmember Scott Diebold agreed with Silvers’ comments and said videotaping meetings is a way to account for any potential misinformation on social media, which he’s seen “multiple, multiple times” in his six years with the city.

Councilmember Chris Evans Hands said she likes how Zoom allows the viewer to see any presentation during city council meetings and would like to implement that for future in-person meetings. Additionally, Hands said she wants to ensure whatever upgrades are approved can be improved upon.