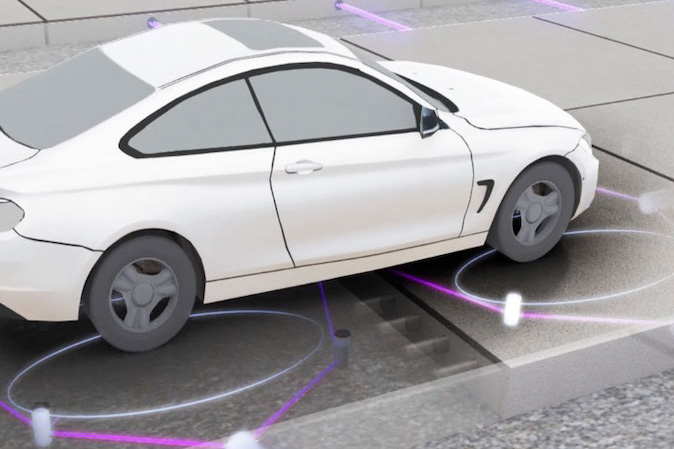 The smart pavement infrastructure project coming to Lenexa City Center has received state funding because of its innovative technology. Image from Integrated Roadways.

The smart pavement infrastructure project coming to Lenexa City Center has received state funding because of its innovative technology.

Led by Integrated Roadways, a Kansas City-based company, the $9.2 million smart pavement project is a public-private partnership that will result in real-time traffic monitoring of five intersections.

Gov. Laura Kelly announced on Nov. 12 that the state has awarded $250,000 to the project through The Eisenhower Legacy Transportation Program. She noted that the project illustrates how innovative projects can modernize the transportation system to better serve Kansans.

“These intersections, with embedded traffic sensors, will improve traffic flow for vehicles,” Kelly said. “The sensors also set the stage for future technological advances to improve safety and communication as driverless cars become a reality over time.

“My administration is engaging with Kansans and supporting IKE in projects like [this] to strengthen our state’s infrastructure, to promote economic development and improve access to new and evolving transportation technology.”

Kiewit Construction is also collaborating with Integrated Roadways and the city of Lenexa on the smart pavement deployment.

“This project is the first step in achieving our community’s vision for integrated infrastructure and transportation as articulated in Lenexa Vision 2040, our third community visioning process completed in 2019,” said Mayor Mike Boehm. “This project also supports the city’s desire to continue to attract innovative business partners to locate in Lenexa City Center and elsewhere in Lenexa. We’re excited to begin the design work on this project with our partners to determine how we can achieve the community’s vision for a seamless and connected transportation infrastructure network.”

Tim Sylvester, chief executive officer of Integrated Roadways, said they are “so honored” to be selected for state funding on the innovative project.

“We deeply appreciate all of the support that we’ve received from the state, from the DOT, from the city, and certainly from our partner at Kiewit,” Sylvester said.

The project in Lenexa was one of five innovative technology projects that received state funds this fall. The Kansas City Area Transportation Authority’s micro transit integration program between Johnson and Wyandotte counties also received $59,000 in program funds. Those funds will integrate two apps for public transit needs between the two counties.

These two projects are among the first statewide innovative technology projects to receive funds under the new program.