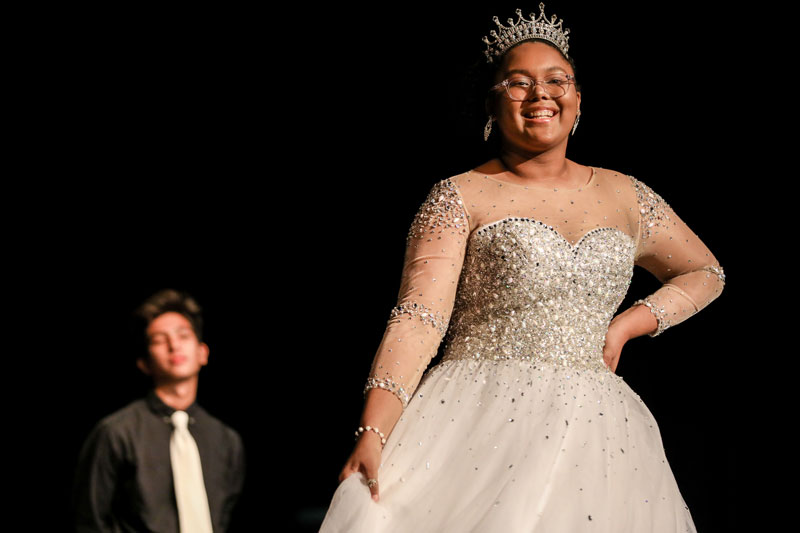 Shawnee Mission students have had to get creative during COVID-19 to try and have a semblance of normalcy — as evidenced by a virtual homecoming event last month at SM North High School. The most recent example was this week, when North students hosted a virtual Hispanic Heritage program.

While SM North each year typically hosts a program for Hispanic Heritage Month  — which runs from Sept. 15 to Oct. 15 — students were unable to put on an in-person gathering this year due to restrictions in place because of the pandemic.

That didn’t stop three students, Josephine Lenati, Emily Venzor and Ceily Jimenez, from leading the effort to produce a 30-minute program filled with dancing and singing that was all shown online.

“We know this year hasn’t exactly gone as planned, but we still wanted to bring our fellow students a program that emulates Latinx culture and gives voice and representation in our school,” Lenati, who ended up directing and editing the program, said at the start of the event.

Students involved adhered to COVID-19 safety procedures including social distancing, masking, hand hygiene and quarantine during the rehearsal and filming processes, according to a disclaimer for the event. The students were allowed to remove their masks during their final performances, though.

After the singing of the National Anthem in Spanish by student Nico Bernal, the rest of the program launched with a traditional quinceañera waltz. Then, SM North alumni and artist Jose Faus recited his poem “Retrato de Familia / Family Portrait” followed by a pre-recorded dance performance from Los Bailadores de Kansas City.

Lenati then introduced her own short film about El Chupacabra, a popular urban legend in many Latin American communities about a creature that drinks the blood of animals and livestock. The idea behind the film, Lenati said, was to highlight the urban legend and bring a creepy element to the program.

Guest speaker Jacquie Fernandez, Lenati’s mom, spoke about the twin challenges of COVID-19 and racial discrimination — both of which have been major topics of debate and political discord in 2020 — and the resilience students are gaining from their experiences this year.

Fernandez left students with a mantra coined by civil rights activist Dolores Huerta: “Si, se puede,” or “Yes, we can.”

“I’m here to tell you that what this is building in you, as the future of our country, as the leaders who are developing and about to step in the world, is resiliency,” Fernandez said. “You have resilience building up in you like no one else has.”

The program ended with Bernal returning to sing Natalia Jimenez’s song, “Creo en Mi” and a “surprise dance,” which is typically performed at quinceañeras after the traditional waltz.

A full version of the program can be found on YouTube here (bloopers included).