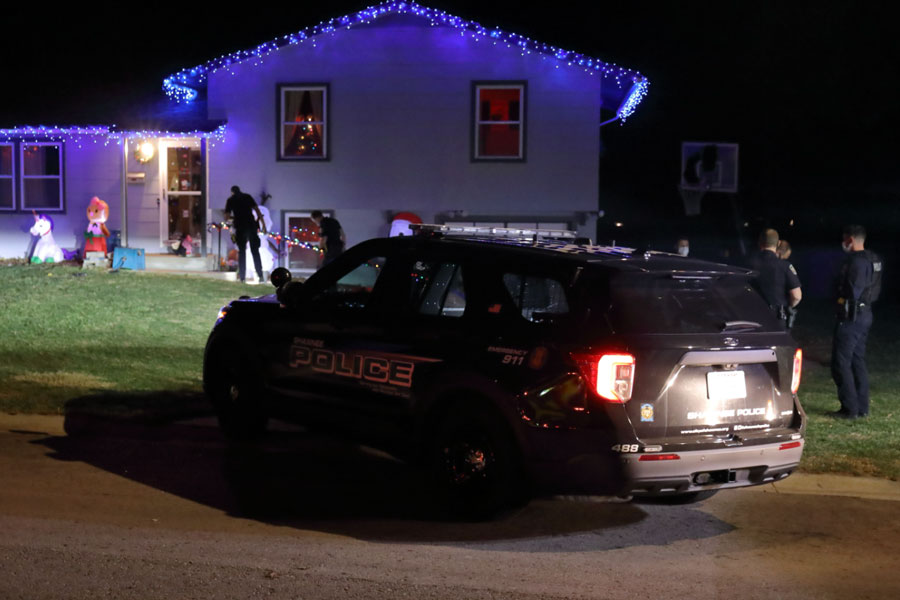 A 34-year-old Shawnee man was arrested after he allegedly fired a gun during a disturbance outside of his home Wednesday evening.

Recorded radio traffic states that officers were called to a business near Shawnee Mission Parkway and Quivira Road just after 6 p.m. by a person claiming that a man “pointed a gun at him, pushed the gun into his chest, and shot into the ground a couple of times,” at a nearby home.

Officers responded to the alleged incident scene in the 6900 block of Earnshaw Street, where the suspect was taken into custody.

Shawnee Police Sergeant Nick Shurmantine says officers had not located the gun while on scene and are investigating the incident as a domestic disturbance. He says a detective was called in to interview those involved in the incident.

Johnson County Med-Act responded to check one person for possible injuries from an assault. That person was not transported from the scene by ambulance.

Officers could be seen searching several rooms inside the house, the yard, and inspecting the siding of two nearby homes for any signs of damage from the reported gunfire.

The suspect was booked into the Johnson County Adult Detention Center shortly after 11 p.m., where he is awaiting formal charging. His pending charge is listed as felony aggravated assault.