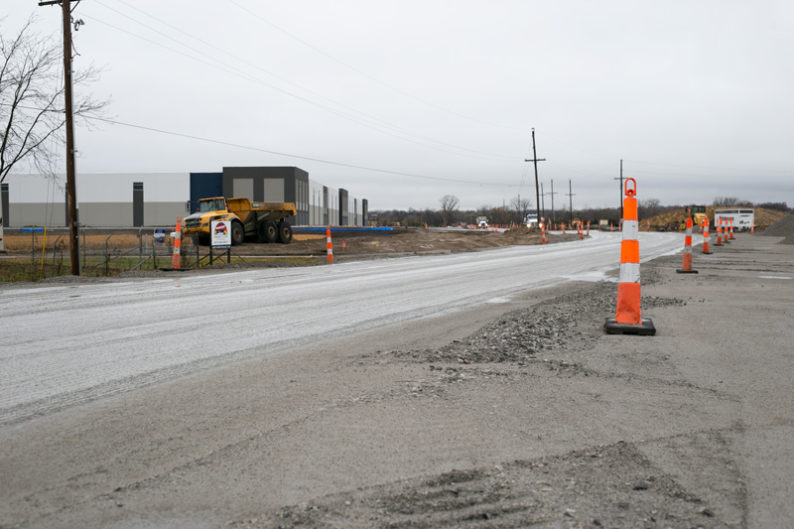 Shawnee, The Kansas Department of Transportation, and the Heartland Logistics developer entered an agreement in March to prioritize $12.2 million in public improvements in the area, including improvements at the intersection.

Amazon and Airtex Inc., two major tenants at Westlink Business Center in Shawnee, are contributing a combined $500,000 to improve the intersection at K-7 Highway and 43rd Street near the business park.

The Westlink Business Center, located on the north side of 43rd Street, east of the highway, is constructing a 170,000-square-foot delivery station building. Meanwhile, Heartland Logistics Park on the west side of the highway is also in development. The city of Shawnee, the Kansas Department of Transportation and Heartland Logistics’ developer entered into an agreement in March to prioritize $12.2 million in public improvements in the area, including improvements at the intersection.

The Shawnee City Council on Monday unanimously agreed to enter the agreement with Westlink Business Center — specifically Amazon and Airtex Inc., which have facilities at the business park — for public improvements at the intersection. There was no discussion or public comment.

Heartland Logistics is a proposed industrial park on 150 acres at the northwest corner of 43rd and K-7. Once completed, the industrial park is expected to include about 2 million square feet of space across multiple buildings for warehouse, distribution and manufacturing uses.

The project broke ground in June, and the exterior of the building has since been completed. Along the route to the business park, 43rd Street is still a gravel road. It will become a concrete street able to withstand industrial traffic. Other public improvements are slated to occur, as the city is working with KDOT on the following: