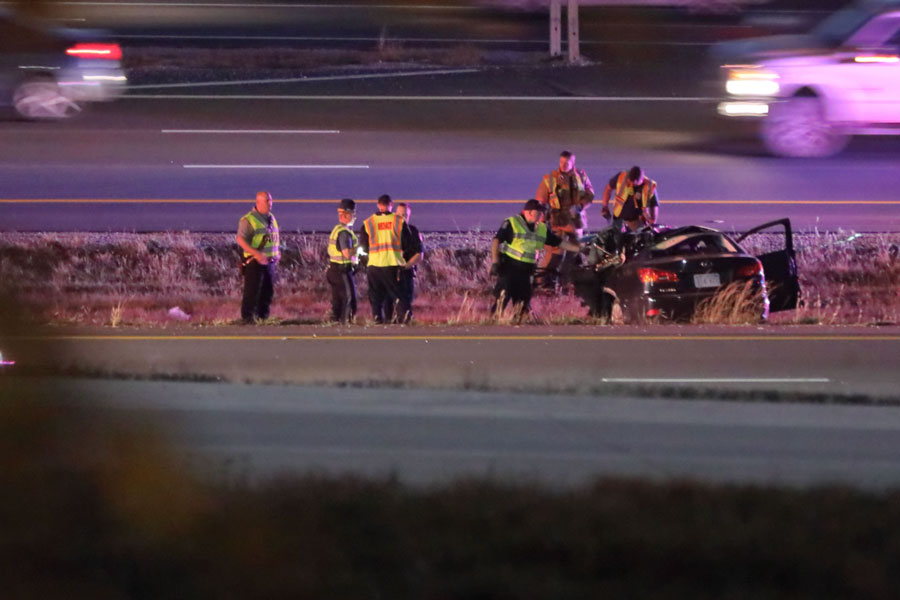 Investigators on the scene of a fatal wreck along I-435. The one vehicle involved in the incident came to rest in a grassy median just north of K-10. Photo credit Mike Frizzell.

The Kansas Highway Patrol says a 43-year-old Spring Hill man was killed in a crash on I-435 Friday evening.

Troopers say Andrew Jerome Riddle was driving northbound on I-435 just north of Kansas Highway 10 when he lost control of the car about 5:20 p.m.

The Highway Patrol’s crash log says Riddle was driving a 2006 Lexus IS250. The car struck the inside barrier wall, then went into the median where it crashed into a highway sign. The heavily damaged vehicle came to a stop in the grassy median. No other vehicles were involved in the crash.

A Lenexa police officer was first on the scene and reported to his dispatcher that the driver was deceased. Paramedics from Johnson County Med-Act, along with firefighters from the Lenexa Fire Department, also responded.

The crash scene was cleared, and all lanes reopened by about 8:15 p.m.