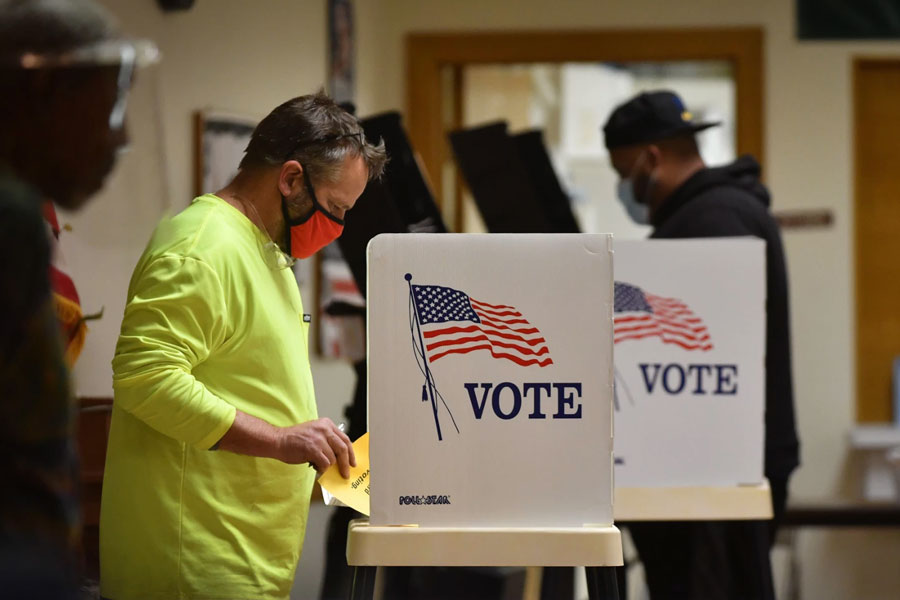 This week’s election set the stage for partisan fights in the Kansas Statehouse over things like redistricting, abortion, Medicaid expansion and pandemic-related aid.

Democrats had hoped to crack the Republican supermajority in both chambers — thus taking away the GOP’s power to override Democratic Gov. Laura Kelly’s vetoes — but that didn’t happen.

The unofficial election results show Republicans winning 87 of the 125 House seats (up from 84 current seats) and 29 out of 40 seats in the Senate, the same as before. The numbers could change slightly as a few races have razor-thin margins.

The Democrats’ losses also included their top Senate lawmaker, Minority Leader Anthony Hensley, who lost to Republican Rick Kloos by two points. Hensley is the longest-serving lawmaker in state history, with his first term in 1977.

“It’s going to pay off for the party for the next decade,” said Chambers, who was a top aide for former Missouri Gov. Eric Greitens and helped with gubernatorial races in Georgia and Alabama, too.

Those dividends could be paid in the form of drawing new legislative districts that will be in place for the next 10 years.

It takes 84 votes to override a veto or approve a constitutional amendment in the House and 27 votes in the Senate, so if Republicans voted as an united bloc, they would be able to override any Kelly veto of a redistricting plan.

Outgoing Republican Senate President Susan Wagle said as much before the election, drawing calls from the governor to create a nonpartisan redistricting commission.

“The Senate will continue to be a balanced voice against the big government policies of our governor,” Wagle said in a statement. Wagle is leaving the Statehouse in January.

There are still questions about where the new lawmakers will land ideologically, and whether all Republicans will vote together on major issues.

Democrats had not expected to come close to winning a majority of seats, but they wanted to pick up enough so Republicans held fewer than two-thirds of the chambers.

They also had some victories, including the state’s first transgender lawmaker who is also one of three Native women who’ll be in the Statehouse next year. In Johnson County, Democrat Mari-Lynn Poskin flipped a House seat, and said breaking the supermajority would have given Democrats a stronger voice.

“Without the supermajority, they are going to have to come to the table and work out compromise,” she said.

The issues on the table for that possible compromise have all been flashpoints between Kelly and GOP lawmakers: abortion, taxes and the state’s response to the pandemic.

House Majority Leader Dan Hawkins said in a statement after the election that Republicans will prioritize spurring the economy “and creating a tax and regulatory environment where businesses can again thrive and give our workers quality jobs.”

Kelly vetoed tax changes last year she said would wreck the state budget. Now, Kansas is facing a budget deficit caused by the coronavirus shuttering businesses and leading to layoffs.

For her part, Kelly does not appear to be looking for a fight when the session begins in January. She signaled she’s ready to work with Republicans on issues ranging from school funding to Medicaid expansion.

“I do not doubt that we will face our fair share of new challenges,” Kelly said in a statement. “However, I’m confident that together we will be able to deliver results for Kansans.”