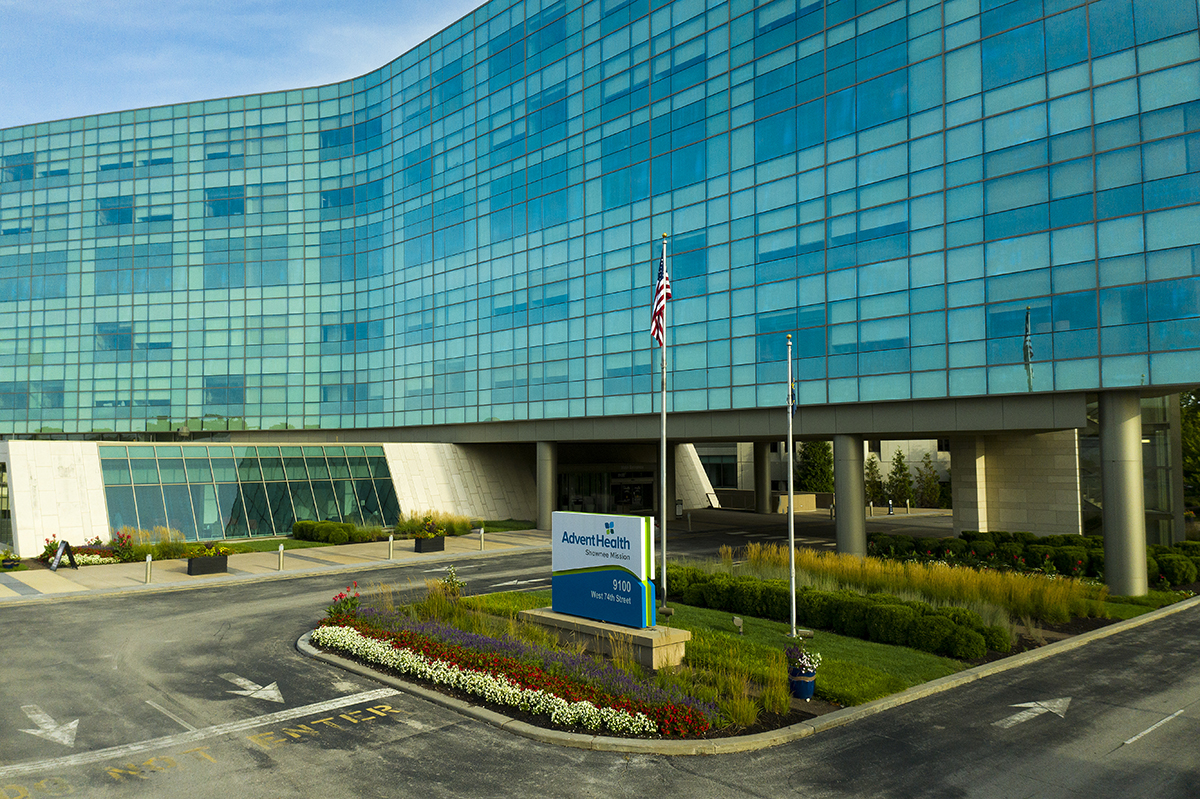 Increasing community transmission has created staffing challenges as more employees are catching the disease and having to isolate, said Dr. Larry Botts, chief medical officer of AdventHealth Shawnee Mission. “At this time we’re able to care for our COVID and non-COVID patients, but I share everybody’s concern that we could get to a point where this is going to be a lot more difficult,” he said. Image via AdventHealth Shawnee Mission website.

Hospital capacity to take care of COVID-19 patients around the Kansas City region is dwindling dangerously low because of sharply increasing transmission of the disease, and local hospital officials warned Friday that the result may be delays in all types of medical treatment.

“Because of capacity, we are at a critical juncture between concern and crisis,” said Dr. Steve Stites, chief medical officer of KU Health Systems, “and unfortunately that needle is trending more and more toward crisis every day.”

Stites and six hospital executives held a virtual meeting with elected officials Friday morning to warn that the continuing transmission rate is already causing hospital bed availability to become stressed and that numbers on local jurisdictions’ online pandemic dashboards do not accurately reflect the true situation.

“Our seven-day average is higher now than it has been at any point during the crisis,” he said, not only in Kansas City but throughout the Midwest and especially rural areas.

Several of the hospital officials on the call said they now have more COVID-19 patients than at any previous point in the pandemic, which began to spread locally in March.

“We are teetering between concern and crisis,” said Raghu Adiga, chief medical officer of Liberty Hospital on the Missouri side.

Three days ago, six of the area’s largest hospitals had 277 patients admitted due to the coronavirus. On Friday, that figure was up to 318, Stites said.

Elected officials in Johnson County have complained for weeks about the hospital data available to them to make public health decisions. Up to this point, that data did not show that bed space was becoming tight. But anecdotally, there were stories of a lack of space for new patients.

David Wild, vice president of performance improvement for KU Health Systems, said the discrepancy is because of the complexity of reporting requirements to the U.S. Department of Health and Human Services. Some beds that have been reported as available, like those in behavioral health of labor and delivery units, are not easily converted to general COVID-19 care. Meanwhile, other beds may not have someone to staff them.

“At this time we’re able to care for our COVID and non-COVID patients, but I share everybody’s concern that we could get to a point where this is going to be a lot more difficult,” he said.

Rural hospitals also have been filling up and sending patients to Kansas City-area facilities. But so far, the rural transfer patients haven’t put an out-of-proportion stress on St. Luke’s, said Dr. Peter Holt vice president of medical affairs, central region for St. Luke Health Systems. The main problem, he said, has been transmission in the Kansas City area itself.

The hospital officials said they don’t want to put off non-critical or elective care, as was done earlier in the pandemic, because it just defers needed treatment. Putting off needed care amounts to rationing, Stites said.

The stress of the increases is also having an impact on caregivers, who are working overtime said Steele.

“We have to keep in mind that staff are very, very committed but they’re working overtime really hard and at some point you can’t do that,” he said.

Stites promised hospital data that more accurately reflects the capacity issues in the future. In the meantime, he said people should take social distancing, hand washing and face masks seriously.

“We’re not alarmists,” Stites said, “but the simple reality is this is unlike anything we’ve seen before, and we know that the rules of infection prevention and control work.”

In Johnson County this week, health officials warned of spiking rates of transmission that are “alarming” and increasing exponentially.

The county recorded 2,371 new cases in two days prior to the Thursday county commission meeting, and numbers were still continuing to rise exponentially, said Sanmi Areola, Ph.D, the county’s public health director. The incidence rate, which is expressed per 100,000 people, was also sharply up at 441 as of Thursday morning, at one point running off the multi-colored graph on the county’s COVID-19 dashboard.

Johnson County also recorded 20 deaths from the disease during the week of October 18 – the highest since the pandemic began.

Areola and county epidemiologist Elizabeth Holzschuh attributed the increases to younger people, many in the 20-29 age range, gathering for weddings, football watch parties, birthday parties and the like.

Holzschuh called the stats “incredibly alarming,” and noted that there may be more cases that are not being captured by contact tracing and testing. An increase in hospitalizations should follow in the next couple of weeks, she said.

“Unfortunately once we start seeing this rise in hospitalizations there’s not much we can do about it because the infections already have occurred,” she said.

Areola and Holzschuh said the situation has been made worse by misinformation.

Areola said the public health department gets hundreds of emails every week from people promoting discredited ideas about achieving herd immunity by letting the disease run its course through a population, a strategy that would result in “tremendous loss” without a vaccine in place, Areola said. Those same people, he added, distribute inaccurate graphs “attacking every effort that we have to contain the spread in the community and in schools.”

Holzschuh also said Kansas laws on privacy has made it more difficult to get contacts from large gatherings where there are cases.

“It’s also true that there’s fatigue,” Areola said. “This has been going on for a long time.” But the county needs to continue to remind people to use masks, wash hands, social distance and keep away from large gatherings, he said.

On Thursday, county commissioners Steve Klika and Mike Brown argued that the virus is persistent and will spread even in small groups.

“There’s only so much control that government can do to stop a gathering. Unless we want to shut everybody into a house and lock the doors and keep everyone there for a period of time, it’s going to happen,” Klika said.

He and Brown, who appears to have lost his reelection bid in Tuesday’s general election vote, said they support educational efforts.

“I think we can all agree we’re interested in seeing COVID-19 go away,” Brown said. “What I am personally not interest in is seeing a police state.”

Commissioner Janee Hanzlick countered that it is the responsibility of the county health officers to give people the tools they need to stay safe. “I think we have to be careful not to just throw up our hands and say well the virus is going to go where ever it goes.”

Commissioner Jim Allen said he is concerned about hospital capacity.

“The numbers today are worse than they’ve ever been, and if people don’t take it seriously and these numbers keep going up exponentially we could be building temporary hospitals in Johnson County,” he said. “That’s how serious it is.”