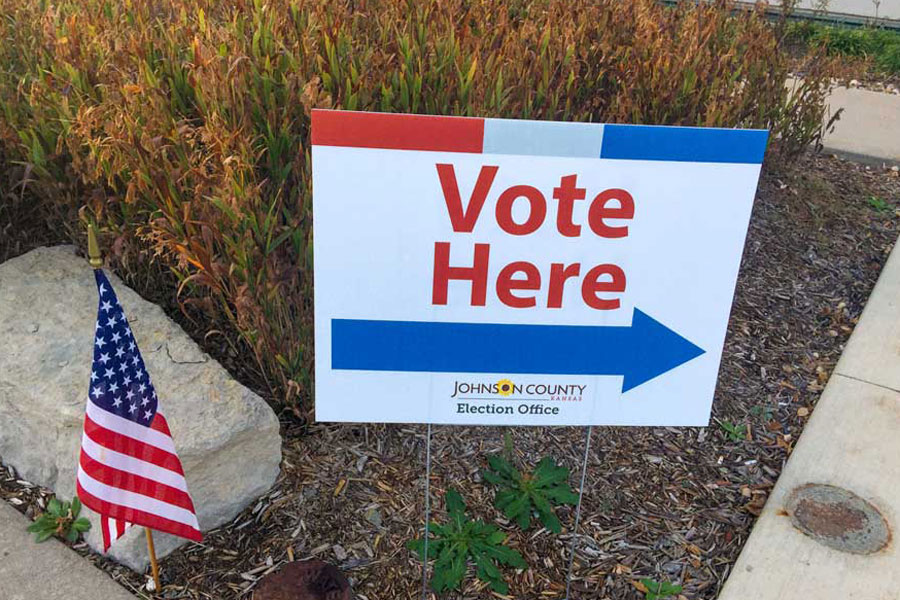 Nearly 82% of active voters voted in Johnson County for the 2020 general election, which Johnson County Election Commissioner Connie Schmidt said is record-setting — and will continue to grow as mail-in ballots are counted from Nov. 4 to Nov. 6. File photo.

More Johnson Countians voted in the 2020 general election than ever before, with 74% of total registered voters casting ballots. When considering only active voters, the number climbs to nearly 82%.

“I think it’s pretty much a record-setting turnout based on active voters,” said Election Commissioner Connie Schmidt. “Almost 82% voter turnout for any election is huge. We’re thrilled voters were very engaged, very motivated to get out there and vote for this election.”

Inactive voters are those who had their National Voter Registration Act postcard mailer sent back to the Johnson County Election Office and have not responded to the election office to update their address. Inactive voters remain on the voter registration rolls and would only be removed after two years of inactivity.

Voters didn’t see large crowds or long lines at the polls on Nov. 3 because only 20% of ballots were cast that day, after a majority of people took advantage of several advance voting options that included in-person voting and mail-in ballots.

Schmidt said the 80% advance voting percentage allowed polling stations to close on time on Election Day, and contributed to the early announcement of unofficial results.

Now, the Election Office will continue to count votes on a daily basis as mail-in ballots delivered or postmarked on or before Nov. 3 come in from the mail, drop boxes and polling sites. Currently, Schmidt said there’s no sense of how many ballots are remaining, but the voter turnout is going to continue to rise as the week progresses.

“We just keep counting everyday,” Schmidt said. “Anything we have that comes in from the mail, those get added in [to unofficial final results before 5 p.m.] on a daily basis.”

Once the board recommends which provisional ballots should be counted, the counting board will complete the work and present the final results to the board of canvassers on Thursday. Final official results will be announced at 4 p.m. on Nov. 12.