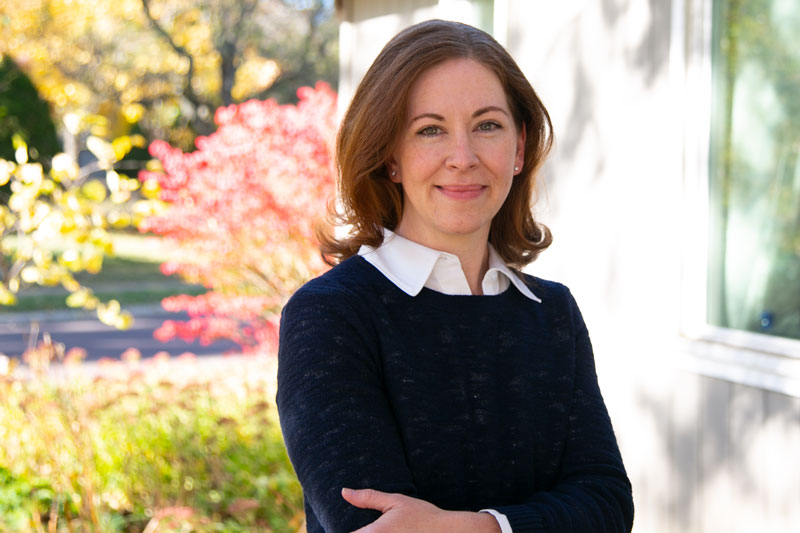 It appears Democrat Melanie Haas has flipped the Kansas State Board of Education District 2 seat from red to blue.

As of Tuesday night, unofficial results as reported by the Kansas Secretary of State’s office, showed Haas leading Republican Benjamin Hodge by a 55% to 45% margin. Haas said it’s frustrating her opponent received so much support despite being a relatively absent candidate, who did little active campaigning. She said it shows there’s still a lot of work to do — and she’s ready to begin.

As Republican Steve Roberts’ replacement, Haas said students, parents and teachers in District 2 — which encompasses one Wyandotte County and four Johnson County school districts, including Shawnee Mission — can expect to have a voice when she assumes her role. Haas said she will respond to emails, take phone calls and engage with her district, and that she has “no intentions of using this role for grandstanding.”

With COVID-19 numbers on the rise in Johnson County, Haas said she continues to rely on science and the opinions of medical professionals. Still, she said it’s encouraging to see county health department guidance show that school districts shouldn’t change what they’re currently doing.

“My understanding is that we’re not really seeing the spread in schools right now – that is encouraging,” Haas said. “At the same time, outside the walls of those schools, we still have numbers that are moving up everyday. We have a responsibility to the greater community to make sure we’re doing everything we can to stem the spread of COVID-19.”

Hodge could not be reached for comment for this story, and did not respond to repeated requests for comment throughout the campaign.

Jeff Meyers, former Shawnee mayor, appears to have won the District 2 seat on the Johnson County Board of County Commissioners.

Unofficial results as reported by the Johnson County Election Office, showed Meyers leading opponent Rob Patterson by almost 16% with all precincts reporting. Meyers said he’s excited to think about holding the District 2 seat, and intends to bring leadership to keeping the county commission non-partisan and have a positive impact on the county.

“I’m ready to try to fill [Allen’s] shoes, that’s a difficult task but I will do the very best job of my ability to represent District 2 and Johnson County in a fashion that they can be proud of,” Meyers said.

Coronavirus pandemic cases continue to rise across Johnson County, and Meyers said he thinks the commission has been constantly looking at the data and listening to experts to make the best decision possible for residents. Still, he said this effort needs to continue.

“We need to listen to the data and the science and follow that,” Meyers said. “We’ll see where that goes through the winter months. I won’t actually be participating until January, so we’ll see where we’re at at that time.”

Patterson could not be reached for comment for this story.

Johnson Countians appear to have approved the elimination of Kansas’ old dry law limiting the sale of alcoholic beverages.

The unofficial results from the Johnson County Election Office show the liquor law ballot question was approved by more than a 50-point margin, with 75% of the vote.

It’s a requirement dating back to the 1880s, when there was a state constitutional ban on alcohol. When county commissioners voted to put the question on the ballot, they agreed the requirement was outdated.