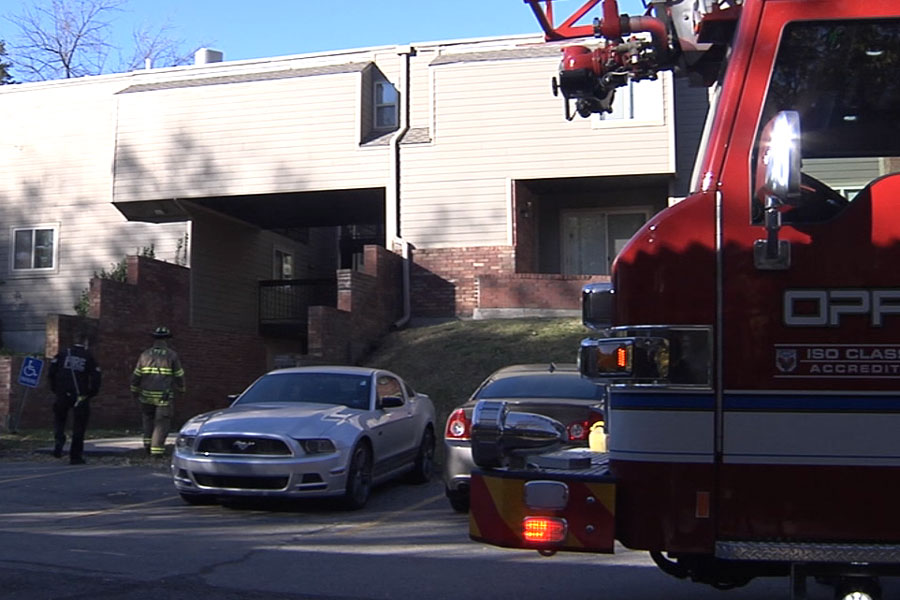 Overland Park fire crews responded to a fire at the Grant 79 complex near 79th and Antioch Tuesday. Photo courtesy OPFD.

The Overland Park Fire Department says two juvenile males were rescued from an apartment fire Tuesday morning at an apartment complex near 79th and Antioch.

“While searching the apartment, crews found two unconscious victims in a bedroom,” Rhodes said in a news release. “One of the victims regained consciousness during the rescue and was able to walk to an ambulance under his own power.”

“Fire damage was minimal and contained to the kitchen area, with smoke damage throughout the unit,” Rhodes said. “Investigators are on the scene working to determine the cause of the fire and why the victims were unable to self-evacuate.”

Fire officials have not released the ages of the victims.

The Lenexa Fire Department also responded to assist on the call.