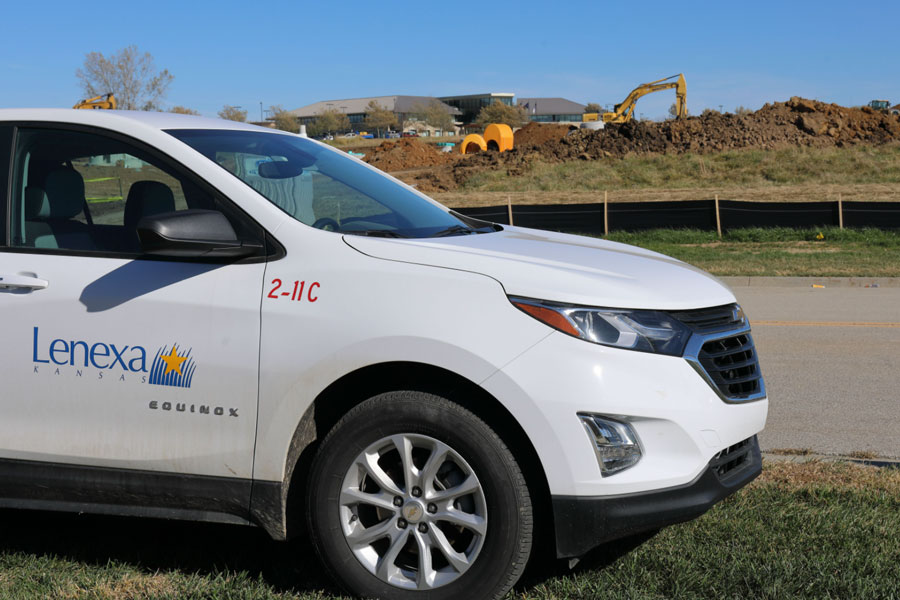 Emergency crews were called to the construction site to the southwest of Prairie Star Parkway and Renner Boulevard just after noon. Photo credit Mike Frizzell.

A man was transported to an area hospital in critical condition following a construction site accident early Monday afternoon in Lenexa.

Emergency crews were called to the construction site to the southwest of Prairie Star Parkway and Renner Boulevard at 12:19 p.m.

Master Police Officer Danny Chavez says a Lenexa officer was first to arrive on the scene.

“A large section of concrete pipe fell, severing the arm of one of the workers,” Chavez said in an emailed response to questions. “Our officer applied a department-issued tourniquet to the worker while waiting for medical personnel to arrive.”

In a news release, Lenexa Fire Department Battalion Chief Thomas Miller says the man suffered a full amputation of his right arm just below the shoulder.

Johnson County Med-Act transported the man to the University of Kansas Hospital in Kansas City, Ks., in critical condition.

Chavez says that medical personnel on the scene credited the officer’s quick actions for likely saving the man’s life, as he had already lost a lot of blood.

The incident remains under investigation. No other details were immediately available.