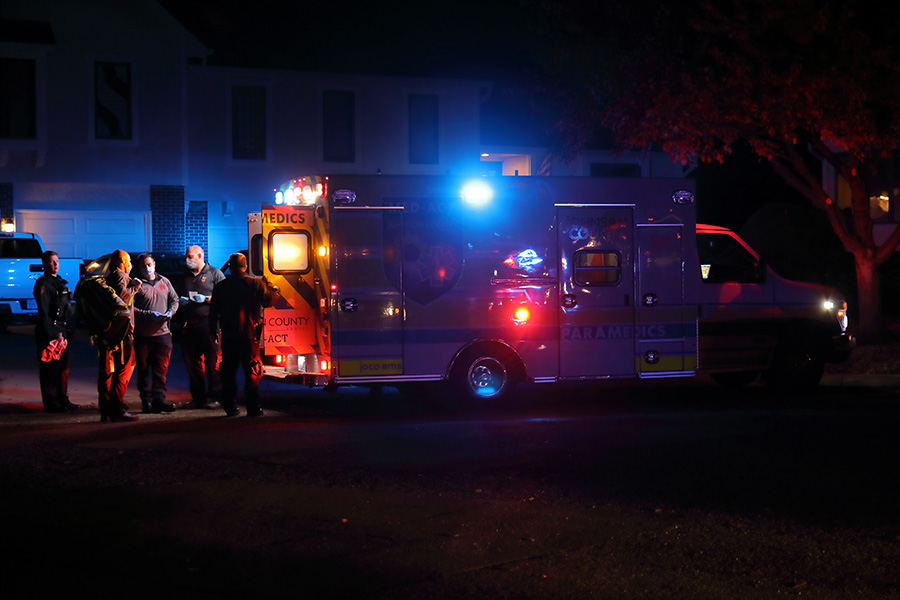 A Lenexa man was transported to a local hospital Friday after he reported being shot while driving on I-35. The man was able to drive home before his family called 911. Photo credit Mike Frizzell.

A man in his early 20s was transported to an area hospital after he was reportedly shot while driving on Interstate 35 Friday evening. The man drove himself home, where a family member called 911.

Lenexa officers, firefighters and paramedics were called to a duplex near 85th Place and Westgate Drive just after 7 p.m.

Police say the man reported someone on a motorcycle shot him while both were driving northbound on I-35 near I-435. No other suspect information has been released.

Johnson County Med-Act transported the man to an area hospital with a gunshot wound to the back. Police have not released any information about the man’s condition.

With the assistance of the Kansas Highway Patrol and Olathe Fire Department, Lenexa Police closed the northbound lanes of I-35 from I-435 to 95th Street for about an hour as they searched the highway for evidence. Police have not said if anything was located during the search.

The closure caused traffic to stack up beyond 119th Street. All lanes reopened about 8:45.

The victim’s truck was towed to the Johnson County Sheriff’s Office Criminalistics Laboratory in Olathe for processing.

Lenexa Police say they are investigating the possibility that this was a road rage incident.