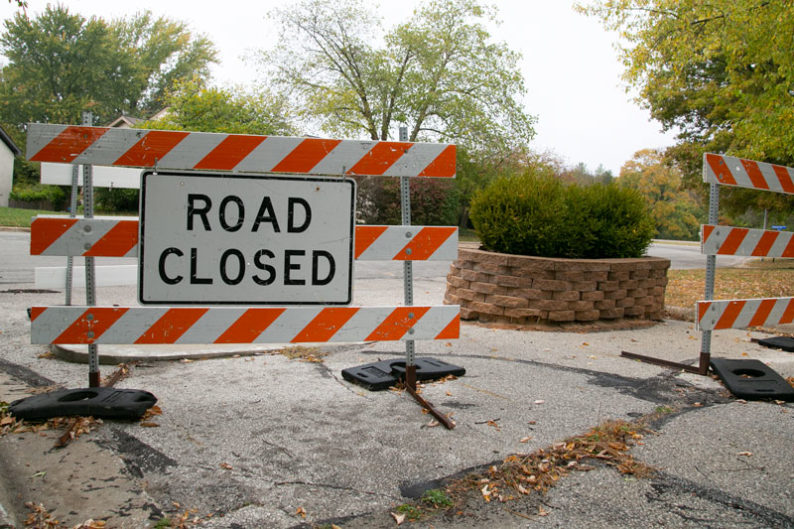 The city of Mission approved replacements to the planters at the intersection of Hodges Drive and 61st Terrace, above, two years after one of the planters was severely damaged.

The Mission City Council last week approved an approximately $9,000 replacement to the current planter barricades at the intersection of 61st Terrace and Hodges Drive.

Why it matters: The planters currently located at the interaction were installed in the mid-1990s, and one of the two planters was severely damaged in 2018. City staff has been working to determine long-term alternatives and solutions.

Per the approved plans, crews will install a gate and an extended curb and gutter so drivers don’t think it’s a thru street. Additionally, adjustments to the plan have been made to accommodate pedestrians and bicyclists.

What’s next: City Administrator Laura Smith said the goal is to be completed with the project by the end of the year. There are two other intersections along Hodges Drive with similar planters, and after the city installs the gate at 61st Terrace, it will evaluate its success and come up with design solutions for the other intersections.

Correction: A previous version of this story inaccurately reported the amount of the replacement work as $30,000. It has been updated to reflect the actual cost for the city, as city crews are conducting most of the work.