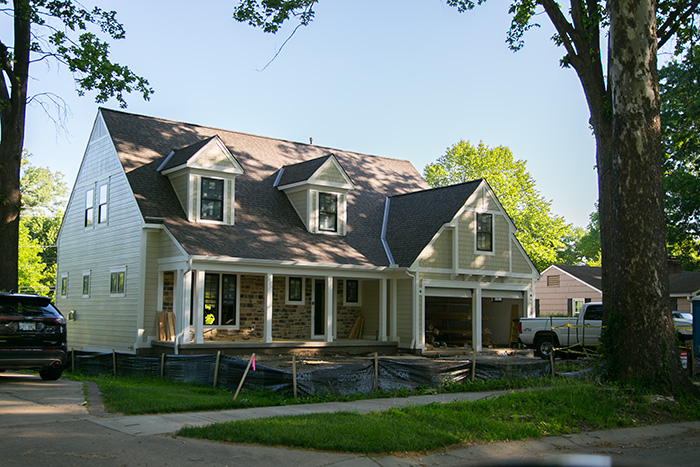 Survey results and constituent feedback indicate a want for more affordable housing in Prairie Village. But as the council continues its work on building its Vision 2.0 figuring out how to provide that housing continues to be a sticking point.

The Prairie Village City Council sought a definition of “affordable” housing Monday night at its fourth work session to discuss progress on Village Vision 2.0, the city’s 20-year comprehensive plan, which was updated this month.

The council voted unanimously to have architectural design and planning firm Gould Evans bring back to the council at a later meeting a working definition of affordable or “attainable” housing. The U.S. Department of Housing and Urban Development defines affordable housing as housing, including utilities, for which the occupant pays no more than 30 percent of gross income.

Ward 5 Councilmember Dan Runion said he could support the idea of affordable housing but asked for a working definition of the term.

“I would submit that you could put the 12 councilmembers with a sheet of paper and a pencil and I would be shocked if two of the definitions aligned,” Runion said.

Graham Smith with Gould Evans said the plan could use some clarification on that point. He said discussions, especially with the city’s planning commission, had yielded the idea that the word “affordable” regarding housing should not appear in the Village Vision 2.0 document. The term “attainable” or “workforce” should be used instead, though “it may just be semantics at this point,” because HUD’s definition of affordable connotes subsidized housing.

The work session also focused on density and scale and accessory dwelling units (ADUs). An ADU is a dwelling unit in or added to an existing single-family home, in another structure on the property such as a garage or a guest house. The city’s current zoning regulations require that a person living in an ADU and the property owner must be relatives, Assistant City Administrator Jamie Robichaud said. Regulations also limit the percentage of a property that can have buildings.

“This is more of a conversation about whether the city would be open to expanding what’s allowed,” Robichaud said.

Runion and Ward 1 Councilmember Jori Nelson said none of their constituents had ever told them they wanted more density with multistory buildings in Prairie Village.

“What they are saying is they’re struggling to afford staying here because of our increasing property tax values due to the developers pushing $900,000 homes and tearing down what was once considered affordable housing,” Nelson said.

Abby Kinney with Gould Evans said the comprehensive plan presented an opportunity for the council to define developments goals — including limitations on commercial building heights, scales and locations relative to residential areas — as part of the council’s broader goals for the city’s growth and maintaining traditional aspects of the city’s character, such as walkability.

Ward 1 Councilmember Chad Herring said that the council needed a policy discussion about how to increase density and that he was trying to balance that with the increasing concern about affordable housing.

“I am trying to find a way that teachers, delivery drivers (and) nurses can own property and be our neighbors,” Herring said.

The council voted 10-2 at its Oct. 19 meeting to pay Gould Evans nearly $13,000 for expanded services, in addition to the company’s original fee of nearly $78,000. The revised scope of services includes:

Gould Evans is scheduled to make final revisions to the comprehensive plan in December based on public input and the council’s direction from its work sessions. The public hearing for final adoption is scheduled for the planning commission’s Jan. 5 meeting. The council is scheduled to vote on whether to adopt the plan at its Jan. 19 meeting.

Prairie Village residents can give feedback on the plan by taking a survey or sending email to councilmembers@pvkansas.com.