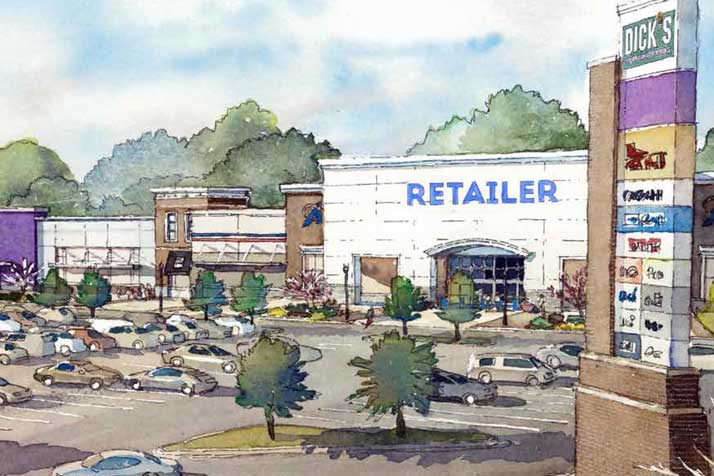 Shawnee city leaders on Monday evening expressed mixed feelings toward Bellmont Promenade, a mixed-use development that has been delayed for years.

City leaders shared various levels of frustration and cautious optimism while discussing levying special assessments and a new funding agreement for the project. Located on 26 acres at the southwest corner of Shawnee Mission Parkway and Maurer Road, Bellmont Promenade has undergone multiple iterations over the years.

Mayor Michelle Distler noted that the city has considered various proposals for the site for at least the past 15 years. The current developer, Legacy Development, first got the city’s approval for a project in fall 2016, and the plans have changed multiple times since then.

The Shawnee City Council last discussed the project in April, when the city’s bond counsel, Kutak Rock, reported a lack of market for bond issuance on the project due to the COVID-19 pandemic, which at that time, was in its first weeks of spreading through the Kansas City region.

In that meeting, the city council approved levying special assessments for the project, but that agreement with the developer required it to purchase the property by Aug. 1. The developer has since missed that deadline due to the lack of bond market from the pandemic, according to city documents.

Financing for the project includes a public incentives package with a 90% tax increment financing, or TIF, property tax, a 1% TIF city general sales tax, a sales tax exemption for $3-3.5 million in project costs, a 1.6% CID sales tax, CID special assessments, and the issuance of $19.5 million in special obligation bonds.

The total cost of the development has decreased from $98 million to $80.5 million, while the percentage of the public incentive contribution to the project has increased from 19.9% to 24.2%.

Concerns raised by some councilmembers

“I know the city has bent over backwards again and again, these guys got everything they asked for, and I don’t understand why they can’t pony up from their side and do what they’ve agreed to do and meet the deadlines and provide the products and the certification of the documents that the city needs to move forward with them,” Jenkins said.

Larson-Bunnell also compared the Bellmont Promenade project to another high-profile development in northern Johnson County that has been mired for years in delays and financing issues.

“My biggest nightmare, my biggest hesitation with this project, is that it is going to become the new Mission Gateway project, where it gets started and then it stalls,” Larson-Bunnell said. “That is a terrifying prospect to me, and I would really like for the developers to address where they’ve been, where they are now, and where they’re going please.”

(The lead developer of Mission Gateway, which is being built near Johnson Dr. and Roe Ave., recently told the Mission City Council that project remains in limbo for the time being, in part, because of the economic downturn caused by the pandemic.)

Citing the poor bond market from the COVID-19 pandemic, Steve Beaumont with Legacy Development told the Shawnee City Council they remain committed to the Bellmont project. He noted that the tenants and apartment developer, JPL Development, are the same as back in April.

“You’re right, it’s been a long, arduous haul,” Beaumont said. “I dreamed a long time ago of bringing this project to Shawnee. Legacy and I have worked doggedly and spent a lot of money getting it to the point where we are now.

“Had it not been for COVID — and that’s the big what if in the world today — we could have closed and we would be under construction right now, while we’re talking. The question is just the timeframe on selling the bonds.”

Joe Serrano, the city’s bond counsel, said the funding agreement is like a retainer agreement, in which the city has asked to evaluate the bond market and whether there’s a shortfall in funding for the project.

“There are some open items that need to be explored in order for us to determine whether or not, in good conscience, I could recommend to the city as bond counsel that these are valid bonds,” Serrano said. “The funding agreement is, because there are open items, and we haven’t had the chance to receive that information from the developer, we thought that this is what we referred to as more skin in the game.”

Councilmember Matt Zimmerman said he believes the developer is “proceeding in good faith,” despite the circumstances of the pandemic.

Knappen, who previously opposed the project, said he would support giving it “one more try.” He has pivoted to supporting the project after hearing positive feedback from residents who look forward to it.

The city council voted 6-1 to approve a resolution calling for a public hearing to consider levying special assessment for the project. Jenkins voted in dissent.

The public hearing for levying the new special assessments is slated for Nov. 23.