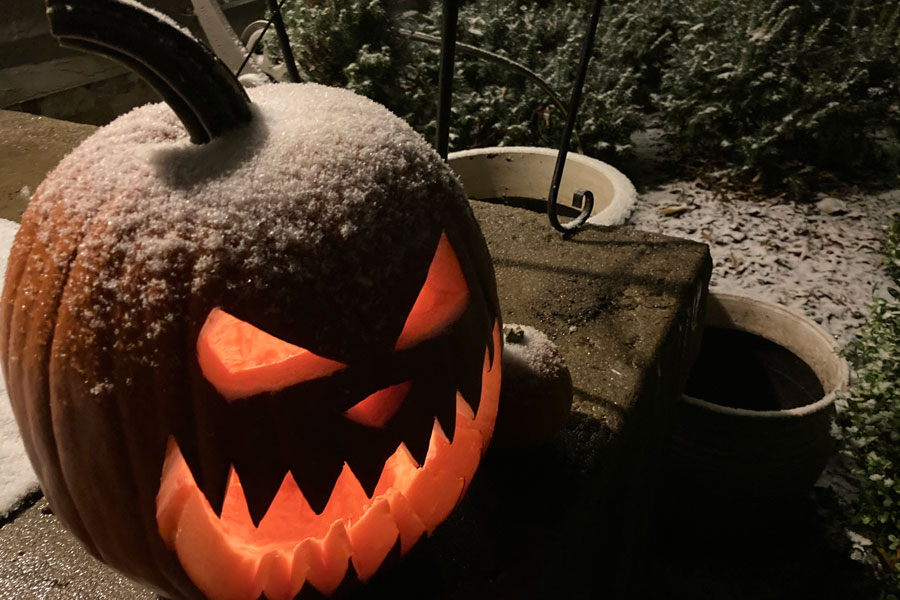 The Kansas City metro is expected to get its first winter weather storm blast of the season Monday, with up to 2 inches of snow possible throughout much of the area.

Snow and freezing rain could snarl traffic during both the morning and evening commutes in Johnson County, but Shawnee Mission Schools is forging ahead with its plans to bring more students back for in-person learning on Monday.

What to expect: The National Weather Service in Pleasant Hill, Mo., has issued a winter weather advisory in Johnson County, in effect from 4 a.m. Monday until 1 a.m. Tuesday morning.

By 6 a.m. Monday, snow was falling in northeast Johnson County. Forecasters expect it to continue to come down through the rest of the morning and into the early part of the afternoon. Around 3 p.m., snow is expected to then transition to freezing rain, which is forecast to continue through the evening rush hour and may keep falling late into the night.

Additionally, a hard freeze is expected Monday night, with temperatures overnight dropping into the teens.

“This is the first snow of the season, so if you have to drive, slow down and give yourself plenty of time to get where you need to go,” the National Weather Service warned in a tweet.

Heading out on the roads tomorrow?

Roads might be slick with snow falling much of the day (and eventually a little freezing rain).

This is the first snow of the season, so if you have to drive, slow down and give yourself plenty of time to get where you need to go. pic.twitter.com/6lTADWxP7i

Meg Ralph, a spokesperson for the city of Overland Park, said, “Drivers should stay home if possible, leave plenty of space around other vehicles and leave extra time for their commutes.”

Meanwhile, the snow is set to arrive just as more students in Shawnee Mission Schools are expected to return to in-person learning.

But district spokesperson David Smith told the Post in a text Monday morning that “today is a regular school day” with no plans to cancel in-person classes.