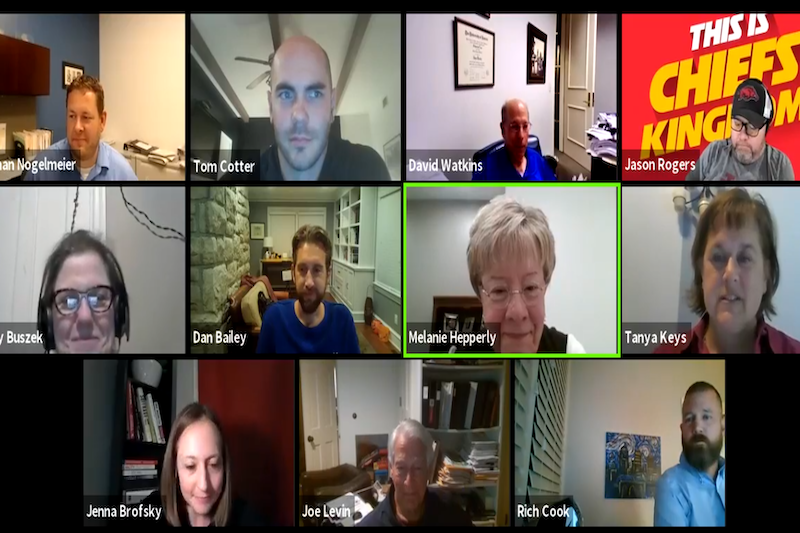 The Fairway City Council last week approved both a federal grant fund to keep track of federal coronavirus relief funding, as well as an AV system replacement for city hall.

The Fairway City Council has approved the establishment of a federal grant fund to keep track of COVID-19 relief funding the city appropriates, as well as upgrades to city hall’s audio/visual system to stream city council meetings virtually during the pandemic.

Following behind Merriam, Fairway is the second Shawnee Mission-area city to establish such a fund. Fairway’s will keep track of the nearly $125,000 in federal coronavirus relief funding being allocated to the city through Johnson County. While the fund at this time will be dedicated to coronavirus funding, the city can keep it on its books in case of another federal disaster, City Administrator Nathan Nogelmeier said.

“If there is a bad storm, we’ll be able to track those expenses if it’s declared a [Federal Emergency Management Agency] disaster,” Nogelmeier said.

The city began discussing virtually streaming its meetings prior to COVID-19, Nogelmeier said, and AV system upgrades fall within approved COVID-19 relief funding expenditures. As the city only received one bid for the upgrades, Nogelmeier said the city council could wait for competing bids to come in and authorize Mayor Melanie Hepperly to execute an agreement for AV system replacement in an amount not to exceed $100,000.

Councilmember Dan Bailey said it was his strong opinion to move forward with the sole bid as it was the only one that met the bid timeline.

Nogelmeier said while he would not come to the city council and recommend approval with no competitive bids, time is of the essence as AV system equipment is already four to six weeks delayed and the project must be completed before the end of the year.

Councilmember David Watkins echoed Bailey’s sentiments, and said with so little the city is able to control during the pandemic, it’s best to get a move on the project.

“I don’t want to put this off,” Watkins said. “If we commit to this company and we don’t get it done by Dec. 31, we’re now on the hook for the balance of that contract.”

The city council unanimously approved the AV system replacement, as well as the subrecipient agreement with Johnson County.