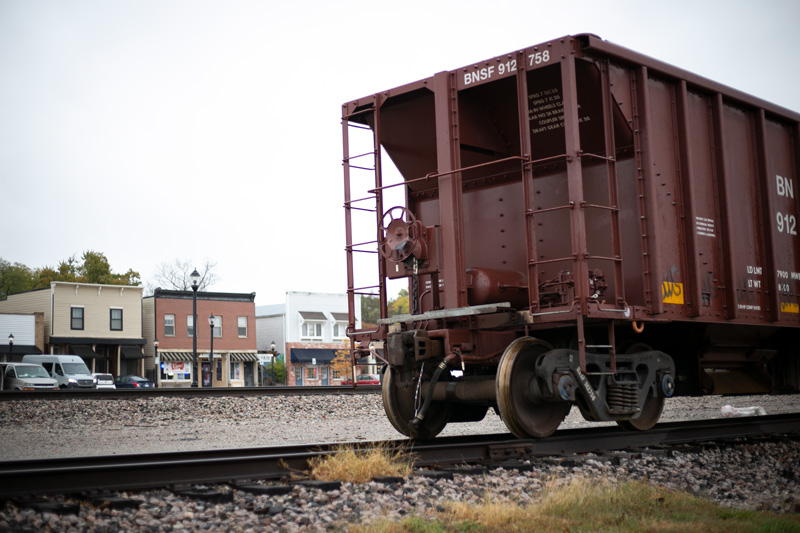 The Lenexa City Council on Oct. 6 unanimously approved a cost increase of $190,000 to the $350,000 project that will install wayside horns at the railroad crossings of Noland and Pflumm roads. The total cost is now $540,000. Work is expected to be completed by summer 2021.

A plan to install signal horns at two railroad crossings in Old Town Lenexa will cost substantially more than anticipated.

The Lenexa City Council earlier this month unanimously approved an increase of $190,000 to the original price tag of $350,000 to install the signals, known as wayside horns, at the crossings at Noland and Pflumm Roads, in order to warn motorists of oncoming trains.

Last month, BNSF Railway reported to city staff that it needs to replace aging equipment at the two crossings. The company had intended to replace much of its equipment but told the city it could not obtain materials necessary for those upgrades because of the age of the existing system.

City staff noted that it tried to split the cost with BNSF Railway, but the company denied the request.

Wayside horns aim to cut down on train nose

BNSF Railway told the city it would complete the track equipment upgrades within 180 days after finalizing contracts. After that, it will take about two weeks to install the wayside horns. City staff said they expect residents and businesses to hear train horns during a 30-day trial period “to ensure the new system is working properly.”

In the summer of 2018, the city council first approved spending the initial $350,000 for the upgraded wayside horns system.

Residents and businesses within a half-mile of the area in Old Town Lenexa have been concerned with the noise from passing trains for quite some time.

Lenexa doesn’t have a firm start date for the project, but work is expected to be completed by summer, 2021.