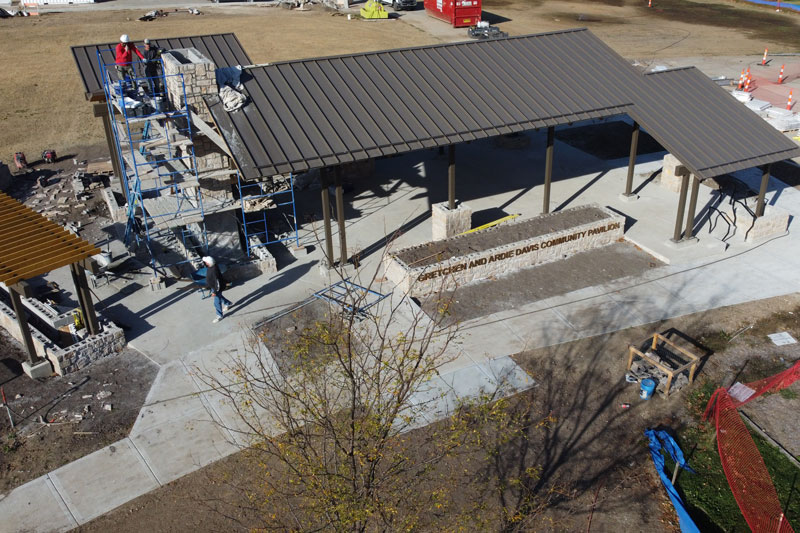 City officials say the contractor hoped to be completed by Oct. 20, but due to some material and minor restroom changes, the date needed to be pushed. Now, the city expects improvements to be completed before the Nov. 22 deadline. Photo courtesy of Public Works Director Donnie Scharff.

Although R Park improvements are not required to be completed until November, last month city officials and the contractor appeared confident the project was on track for an Oct. 20 completion.

But due to some materials and minor changes to restrooms at the park, that tentative completion date has been pushed back, Assistant City Administrator Jennifer Jones Lacy said. Still, the improvement project deadline is — and always was — Nov. 22, she said.

City officials still say the improvements should be done by then.

Parks and Recreation Superintendent Tony Nichols said in an email to the Post that the contractor is working to complete the pavilion’s stonework, restrooms and picnic shelters, and the exact timeline is unclear.

Nichols said plumbing and electrical work in the restrooms and pavilion will be completed the week of Oct. 26, and landscaping and sodding should be completed late this week or early next week. The $1 million, multi-phased improvement project broke ground in May, and had already made significant headway by late September.