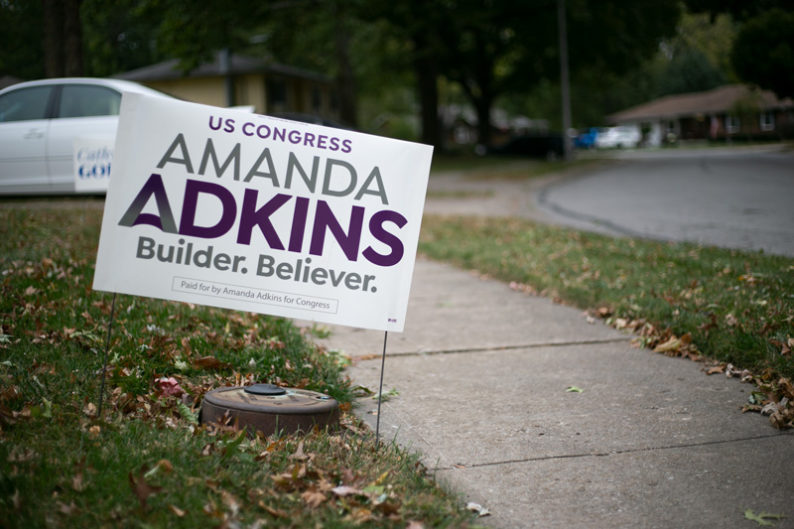 The Prairie Village Police Department is investigating after a Mission Hills resident reported being assaulted in his front yard over his political signs that support Republican candidates.

The Prairie Village Police Department is investigating after a Mission Hills resident reported being assaulted in his front yard over his political signs that support Republican candidates.

Detective Sgt. Adam Taylor of the Prairie Village Police Department said that officers were dispatched to the home of Dwight Sutherland just after 10:30 p.m. on Monday, Oct. 12, initially in response to reports that someone was hit by a vehicle.

Sutherland would not comment for this story, but Taylor confirmed that Sutherland received treatment at a hospital for physical injuries related to the incident.

“He was physically hit, but it is unknown if it’s criminal related right now,” Taylor said.

Taylor confirmed that a vehicle was involved and signs were damaged, but it is unknown if the damage to signs was intentional.

Sutherland is a former national committeeman for the Kansas Republican Party and a contributor to the local blog “KC Confidential.” The most recent post on that site attributed to Sutherland is about the proliferation of “social justice yard signs” in Johnson County.

On Monday — a week after the alleged incident — political signs could be seen in Sutherland’s front yard in support of Republican candidates who are on the ballot in Johnson County, including U.S. Congressional candidate Amanda Adkins, U.S. Senate candidate Roger Marshall and incumbent Johnson County District Attorney Steve Howe. When approached by a Post reporter, Sutherland declined to comment.

In a statement Sunday, Adkins condemned the alleged incident.

“It’s despicable that anyone would be targeted for violence because of his political views, and I appreciate the Prairie Village Police Department’s work to investigate this crime,” Adkins wrote.

Taylor said Prairie Village police have investigated multiple incidents related to the tampering of political signs this election season. However, citing the active status of this investigation in front of Sutherland’s home, the detective declined to comment on whether political signs played a role in this incident.

Anyone with information concerning the incident can reach the Prairie Village Police Department at (913) 642-6868.

Editor’s note: This story was updated at 9:15 a.m. with additional information from the Prairie Village Police Department confirming that a vehicle was involved and that signs were damaged, although police note that it’s unknown whether the damage was intentional.