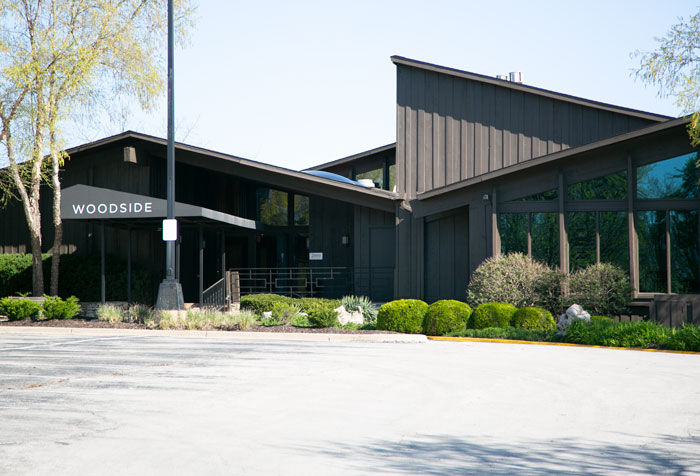 The Johnson County Sheriff’s Office is investigating a complaint against the Westwood Police Department in which a woman alleges she was sexually assaulted and her civil rights violated in the course of an investigation at the Woodside Club in August.

The encounter occurred Aug. 13, when Westwood officers responded to a call at the club, 2000 W. 47th Place, in Westwood. Margot Herster, a club member and resident of the connected Woodside Village luxury apartments, claimed she had been sexually harassed by a man in the club’s spa.

Herster says when she complained to a club staff member, the police were called. When they arrived, Herster said, the investigation focused less on her alleged harasser and more on her. She alleges that one of the officers “forcibly disrobed and exposed” her naked body while she was standing outside the club, where a small crowd had gathered and could see her.

Herster also accuses Westwood police officers of civil rights violations after they unlawfully arrested and detained her for 24 hours — both in a Westwood holding cell and later in the medical wing at the county jail in Olathe — with no phone call and no access to an attorney. Additionally, Herster says the “freezing cold” Westwood cell “was dirty with a filthy toilet.”

She also claims the Woodside Club called the police on her in retaliation for previous complaints she made against the club, including accusations that the club has not taken appropriate steps to protect club members and residents from the spread of COVID-19.

Herster’s claims against the police and the club are detailed in a letter sent to Westwood Mayor David Waters in which Herster calls on Waters to intervene on her behalf “to remedy the misconduct of [his] police department.” Herster has also filed a Kansas Open Records Act request with the city and Westwood Police, seeking police body cam and dashcam video and the police report documenting the encounter at the club.

Waters told the Post he has received Herster’s letter and is treating it the same as any complaint the city receives from residents. He said he has referred the matter to the Johnson County Sheriff’s Office for an independent investigation.

Waters said he will not intervene himself in the middle of an ongoing investigation.

“I think it’s important for us that anything like this is treated fairly and independently, and that’s how the city of Westwood is going to have this handled,” Waters said.

The Johnson County Sheriff’s Office confirmed to the Post it has begun an investigation into Herster’s complaint.

In an emailed statement, Westwood Police Chief Greg O’Halloran said Herster’s complaint — which he said was received by his department the week of Oct. 5 — is being taken seriously, as are all complaints against his department.

O’Halloran confirmed that Westwood officers did respond to a call at the Woodside Club on Aug. 13 and that the call involved Herster.

Blair Tanner, the owner of Woodside Club and developer of the Woodside Village apartments where Herster lives, confirmed the club had a resident and member “break a number of club rules” that required the club to call police on Aug. 13. But Tanner said he could not reveal the name of the resident and member.

“It’s my understanding the Johnson County Sheriff’s Office is conducting an investigation into the matter and we’re cooperating,” Tanner said.

In 2012, Herster was fired from her job as a digital arts instructor, or “professional in residence,” at Louisiana State University, according to The Advocate newspaper in New Orleans. Herster claims she was fired for lodging complaints about pay disparities between her and her male colleagues and for also alleging that LSU’s School of Art misappropriated student fees.

About that case, Herster wrote the Post in an email: “I continue my advocacy for female students, and was in touch with the new LSU President recently about continued work to a resolution.”

She still runs an organization she founded in New Orleans called Bureau of Change, which bills itself as a “collaborative digital media studio that creates, curates and distributes socially and politically engaged projects.”

Herster said she is originally from Johnson County and moved back here recently due to a “personal health crisis” and the lingering trauma she says she still experiences as a survivor of domestic violence.