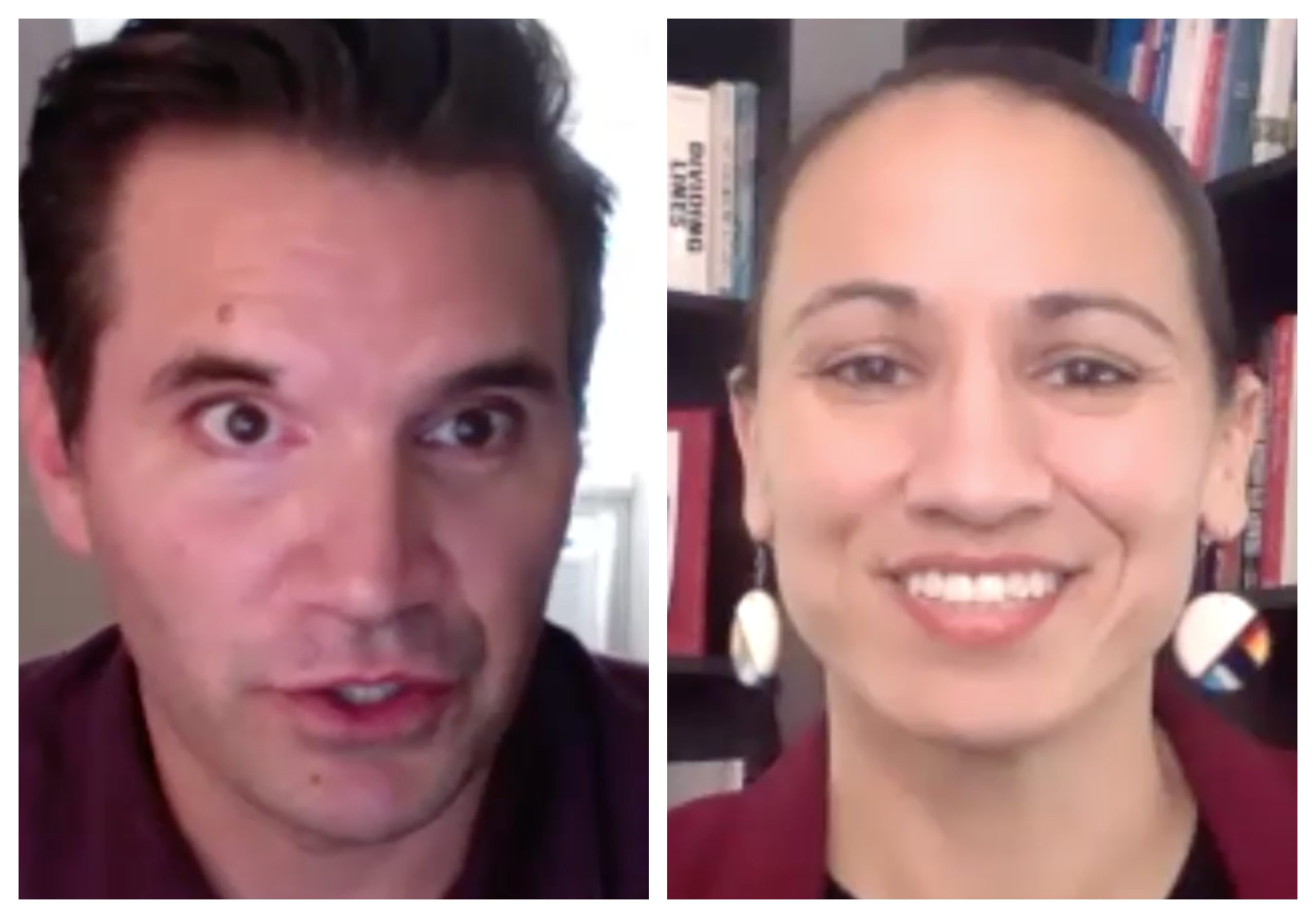 The Post is trying to arrange one-on-one interviews over Zoom with all the candidates running for the two federal offices on the ballot in Johnson County in 2020 — U.S. Senate and the 3rd Congressional District. The questions we ask will be policy- and issue-focused, based on the priorities our readers have told us are important to them. Watch our interviews with U.S. Senate candidates: Republican Roger Marshall and Democrat Barbara Bollier.

Democratic Congresswoman Sharice Davids of Kansas’ 3rd U.S. House District made history in 2018, when she became one of the first of two Native American women elected to Congress (along with Deb Haaland of New Mexico) and also became the first openly gay congressional representative from Kansas.

In this interview, Post editor Kyle Palmer asked Davids about several topics that have been raised by our readers as ones that are important to them going into the Nov. 3 general election, including:

The federal response to COVID-19

Let’s start with the pandemic. The U.S. House earlier this month passed by a narrow margin a new coronavirus relief bill, which has since stalled in negotiations with the White House and does not appear likely to pass the Senate before the election. But this bill had a price tag of roughly $2.2 trillion, included a new round of $1,200 stimulus checks to most American families, the renewal of a $600 a week federal unemployment benefit, nearly a half trillion dollars in aid to state and local governments. But you were one of 18 Democrats who voted against it. This was after you also voted against a $3 trillion COVID relief package back in May. Can you explain your votes? [1:28]

So what does a bipartisan bill look like, then? Because I can imagine some people watching this … your fellow Democrats, especially … who might scoff at the idea that Republicans and the Trump administration would agree to anything that has Nancy Pelosi’s name on it…[4:00]

Many health experts fear the U.S. is experiencing a long-anticipated second surge in new coronavirus cases, paired with the start of cold and flu season. More than 30 states have seen an uptick in cases over the past two weeks, including Kansas. You have advocated for a more robust national testing strategy. At this stage of the pandemic, what do you think the federal government should be doing to continue to combat the spread of this disease? Short of a more comprehensive relief package like the one you appear to be pushing for what can Congress do NOW to continue to try to contain renewed spreading? [5:55]

A big issue in federal-level races this year is health care and the future of the Affordable Care Act. We are taping this interview during a week of confirmation hearings for Amy Coney Barrett to become the next justice on the U.S. Supreme Court, which many legal observers think may shift the court to the point that it could declare the ACA unconstitutional. The high court is set to take up a challenge to the ACA very soon after Election Day. If you’re reelected to the House, what would you like to see happen with the ACA? [8:37]

You’ve actually said that the federal government should shoulder 100% of the cost of states that expand Medicaid, which of course, Kansas has not done. But with Medicaid expansion, that is an argument I hear frequently from Democrats in Kansas: by not expanding Medicaid, Kansans are basically giving their taxpayer money away, funding other states that have expanded Medicaid. I think conservatives would push back and say, even if Kansas would not be paying for Medicaid expansion it’s not free money: someone is paying for it. That would be the federal government. I’d like you to respond to that criticism that this is an expansion of another government program that, in general, the U.S. can’t afford…[11:01]

Bottom line, you think this [Medicaid expansion] is something the federal government can afford? [13:45]

Republicans have talked for years about repealing the ACA without success but have said they would replace it with something that does carry forward with protections for pre-existing conditions. In fact, this is an argument echoed by your Republican opponent Amanda Adkins. Is there a way to keep some of the ACA’s popular provisions — keep pre-existing condition protections, maybe continue to allow young people to remain on their parents’ insurance through age 26 — while addressing some of the ACA’s other issues, like rising health care premiums for some individuals, the lack of coverage for drug costs…[14:01]

Let’s talk about the ongoing social justice movement that was sparked by the killing of George Floyd and other Black men and women at the hands of police. A new Congress may very well have to deal with some of the issues being raised: police accountability and transparency, reckoning with America’s legacy of slavery, discrimination and racism. I wonder how you’re own personal experiences as a Native American woman, a member of the Ho-Chunk Nation, inform your thoughts on policy at this moment in our history? [15:54]

The term that has kind of captured the attention of the broader public, fairly or not, in terms of an actual policy response to these ongoing demonstrations is: “defund the police.” Some conservatives say this means that progressives and left-leaning activists want to actually abolish the police, which those activists would say is NOT what they want to do. They are calling for a reallocation of resources, potentially decreasing local police budgets and sending more money towards things like mental health services, education, juvenile justice, etc. What does the term “defund the police” mean to you? Do you find that framing of what many social justice activists want … to be helpful or harmful when you are trying to communicate what reforms you’d like to see? [19:30]

Another issue that is maybe not as in the national spotlight as much as the issues we’ve just addressed, but consistently gets brought up by our readers and, I think, especially for Democrats is a big one: and that’s climate change. You have not endorsed the so-called Green New Deal, but you have put forward some ideas about how the federal government might be able to begin to address climate change. How should Congress be involved in addressing the impacts of climate change? And why not the Green New Deal? [22:05]

Is the Green New Deal too unrealistic or too expensive to do all that potentially in one fell swoop? [25:00]

I do want to ask you about something that, I guess, could very much affect you but that you yourself have maybe relatively little control of. That is redistricting. It’s gone kind of viral here in Kansas over the past week after a video emerged of outgoing Kansas Senate President Susan Wagle telling a Wichita-area GOP gathering that Republicans needed to win supermajorities in the state legislature this year so that they could control the redrawing of legislative and Congressional district maps. And she specifically pointed out the 3rd District and said that they would need to “take you out”, that is draw new district boundaries that might potentially make it harder for you to win a majority of voters. Your response? [25:49]